A safari tour in Africa 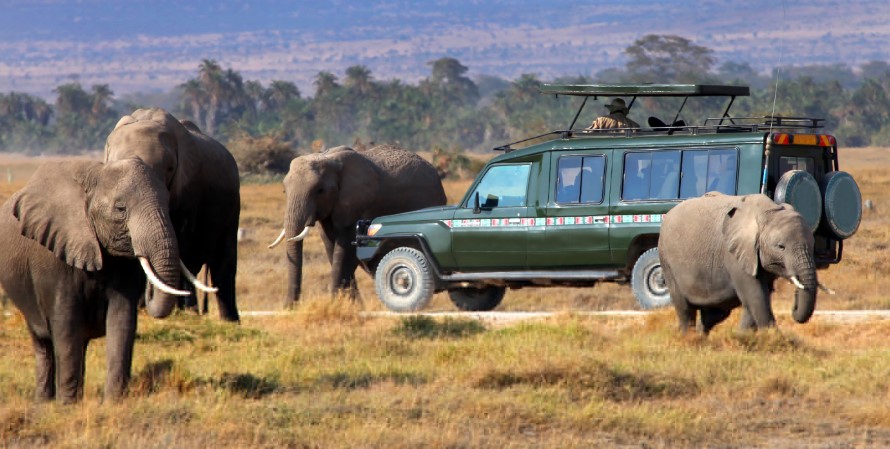 A safari tour in Africa

All kinds of visitors find the African tour safaris favorable for all kinds of visitors, including those who go for honeymoon safaris, visitors interested in beach vacations, visitors interested in primates, especially chimpanzees and gorillas, and those who are interested in wildlife safari vacations. Visitors on the African tour safari will enjoy one of the most beautiful countries in the world, including the mountains of the moon, which are the Ruwenzori Mountains, the Kilimanjaro Mountains, the Serengeti National Park, which is located in Tanzania, the Kruger National Park in South Africa, and the best coastal lines of the east, south-western, and central Africa.

The African tour safari will offer you the best opportunity for you to be able to make and enjoy the best safari decisions. Some of the activities that you will enjoy include the hot red sunsets, the diversity of the different protected areas in Africa, as well as the diversity of the cultures, which vary from one country to another. This gives you a thrilling safari encounter.

In Africa, there are many wild animals that you will encounter. Among these, others will include the big five mammals and some of the other unique and rare species of animals. Enjoy the wildebeest animals, the marabou stork, and the spectacular landscapes that undulate between the deep plains and the wild plains. The African wildness experienced on the African tour safari spans across 50 countries, and this will include the northern and southern countries of the continent. The weather in Africa is so attractive and this depends on several factors, including what you want to see and how much you are interested in the safari experience.

Where to go on an African tour safari?

There are various countries in Africa that provide the most outstanding landscape species, and these depend on travel and what the visitors are most interested in. You will enjoy and experience different experiences in terms of wildlife since most countries feature different wildlife safari activities, which are very interesting. The following are among the best countries where you can have your best safari experience; these, among others, include the following.

Ethiopia is one of the historical countries that we have in Africa, and it has got a lot of history, going back over millions of years ago. Ethiopia has been discovered to have extraordinarily old archeological discoveries dating back over 3 million years, and that’s only the beginning. The exhibition halls in Addis Ababa house the most up-to-date information about the country’s upheaval in the way of life and people. The journey along the magnificent Lake Tana, the countries largest and the source of the Blue Nile, stretches to Egypt, Gondor, the walled wilderness, and the castle for Ethiopian heads of old.

An African safari in Botswana: this is also one of the best countries that are found on the western side of Africa, and it is a country whose wildlife is almost bigger than its social area of land. The best wildlife areas in Botswana include Chobe National Park, Kgalagadi Transfrontier Park, Moremi National Park, Okavango Delta, and the Central Kalahari Game Reserves, which are among the country’s wildlife-protected locations. Botswana’s national parks are home to a diverse assortment of wildlife and are dotted with luxurious safari lodges to add to your vacation experience. You can also choose to go camping to experience Africa’s truly wild adventures.

Zanzibar on frican Safari in Zanzibar because of the convenience and the best beaches that the country has to offer. Zanzibar is noted for its white-sand beaches, which are stunning all year round. Lovely seashells are made on Zanzibar’s coastal beaches, and the shells are utilized to build beautiful crafts by the locals.

An African safari in Uganda is known as the best, and it is known as the pearl of Africa. There is little doubt that Uganda is Africa’s pearl, as evidenced by the natural wonders found in its national parks. Kibale National Park in Uganda is home to the world’s largest population of mountain gorillas and chimpanzees. The Nile’s source at Jinja is something you’ll never forget about your Uganda safari. You can visit Uganda at any time of year, and you will be greeted with a warm welcome by friendly people.

Kenya represents the idealized image of Africa, and it has appeared in a lot of films and animations attempting to summarize the continent. The mountains and coastal beaches are unsurprising in Kenya; all of Kenya’s features, as well as its history, make it the ideal destination in East Africa.

An African safari in Rwanda: Despite the bleak hue that the massacre has cast over Rwanda’s whole history, Rwanda remains the “land known for 1,000 slopes” with the most superb and neighborly people. Mountain gorillas can be found in the Fountain of Liquid Magma public park, while chimpanzees can be found in Nyungwe Public Park, among other fascinating attractions such as the slaughter grounds and the new traditional grounds.

An African safari in Madagascar: Madagascar is home to five percent of the world’s most sought-after flora and creatures, which is perhaps why it appears in so many TV episodes and series, such as Madagascar Penguins. Madagascar’s jungles make nature walks exciting, and the mountains and beaches are breathtaking.

Africa is a culture known for its friendliness, and the diverse people of Africa are known for their neighborliness, so they will make your visit memorable with their warm smiles. Convenience is at its peak, with everything from fancy five-star hotels in diverse urban areas to laid-back safari lodges in the heart of Africa’s wild places for your authentic experience. Africa is the best destination for your dream safari experience, and please contact us for more information.