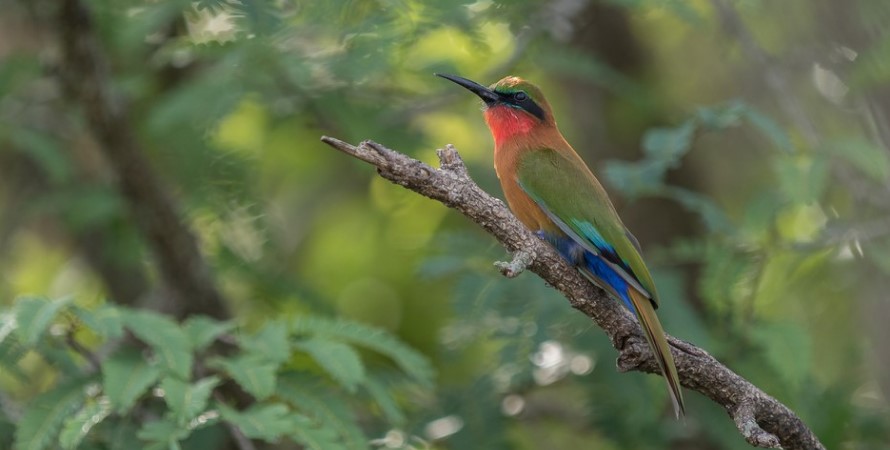 Birding is one of the safari activities that are done and conducted within the Murchison Falls National Park. Most visitors think that the park is known for its game drive safaris only, but the park is also good for the unique bird species and the birders who are interested in identifying and specifying the best and most wonderful safaris. Murchison Falls National Park has got the best bird-watching spots where visitors can go and enjoy the best safari activities.

There are a number of activities and habitats that have supported the presence of the birds. The habitats kin Murchison Falls national park contains savannah woodland, riverine vegetation, and forest vegetation, all of which are beneficial to all bird species. You will enjoy the bird species around the river Nile during the boat cruise, the Albert Delta, and other birds that are found in the Murchison Falls National Park, making it so wonderful and interesting.

The majority of the bird species are best seen along the riverbank near Murchison Falls National Park. It can be seen during the boat cruise safaris as you cruise to the bottom of the falls. 53 species of water birds are found along the Nile River, and some of the species that you will see here include raptors and kingfishers, among others. The boat cruise safaris to the bottom of the falls are one of the best tourist attractions that you will be able to enjoy and engage in bird watching.

Birding in Murchison Falls National Park is common, with the highlight of sporting the rare shoebill stork, which is found within the Albert delta. The other birds in Murchison Falls (Murchison Falls National Park) include the martial eagle, sometimes known as the African fish eagle, which can be seen majestically soaring through the forests. The papyrus gonolek, lesser flamingo, and larger flamingo are migratory species that can be spotted from November to January, as well as the Verreaux’s eagle owl and the white-tailed lack.

The other bird species include the Abyssinian ground hornbill, secretary birds, black-bellied bustards, open-billed storks, and widow birds. The most abundant birds in the savannah plains are marabou storks, which are largely scavengers.

Some of the water bird species that can be seen during bird watching in Murchison Falls National Park can be seen close to the river Nile and these include, among others, swallow-tailed and red-throated bee-eaters, which are mostly found in the Nyamusika cliff forests, malachite kingfishers, pied gigantic malachite, francolin, hornbills, grey heron, woodpecker, crombies, and warblers, are among them. Ducks and geese, as well as sand and plovers, live along the river’s edge.

It is recommended that travellers or tourists to the Murchison Falls National Park schedule birding safaris with a licensed tour operator. The trained game drive is also suggested for safaris not only in Murchison Falls National Park but in other Ugandan-protected regions. This can enhance the visitor experience while also adhering to Uganda’s national park and protected area safety protocols.

Please make sure that you come with the necessary equipment that will help to make your birding experience successful. Due to the changing American weather conditions, which can rain at any time of the day, you will need to come prepared with your binoculars, camera, and both light and heavy clothes. You can combine your birding safaris in Murchison Falls national Park with the other safari activities, including the safari game drives, boat cruises, and other activities that will make your safari a memorable one.