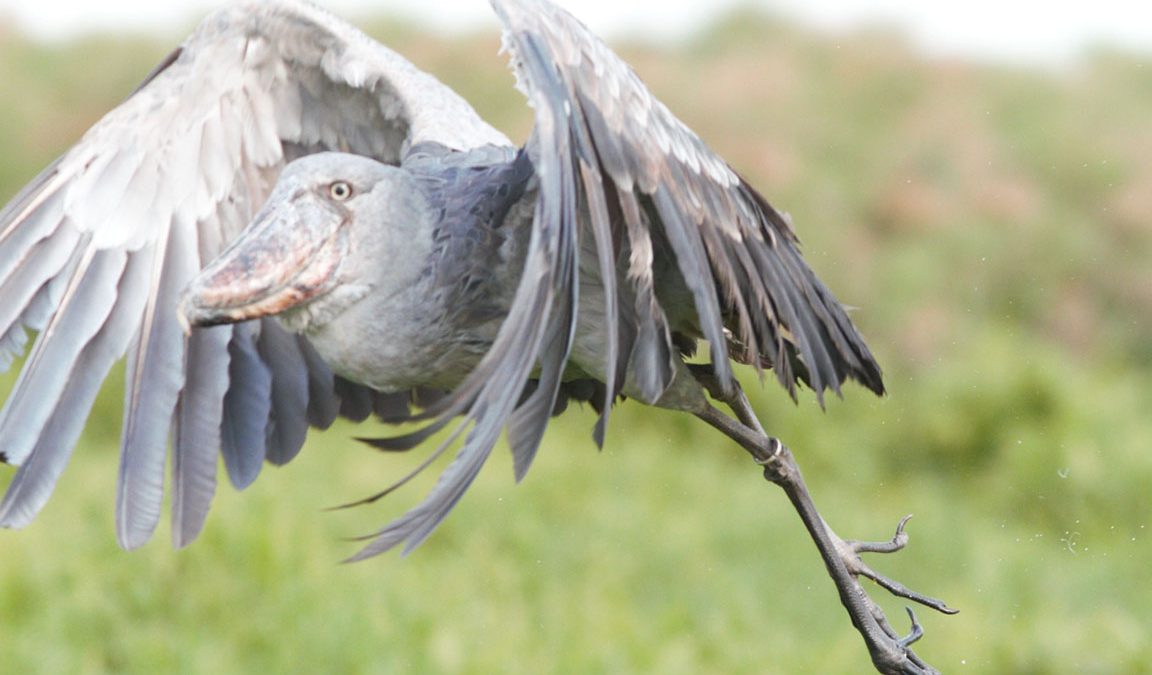 Queen Elizabeth National Park is Uganda’s second largest and most visited national park for birding safaris, and it is located in western Uganda. Queen Elizabeth National Park is approximately 6 hours from the Ugandan capital of Kampala and is distinguished by a variety of vegetative types, including savannah vegetation, swampland, several crater lakes, acacia trees, wetlands, and several species of birds. The presence of several habitats has enabled the bird watching species because of the wonderful conditions that are provided by these vegetation types. This is so much fun.

Queen Elizabeth National Park is an important birding area, and it is the best designated national park in the country where you can have the highest species of birds recorded. 610 species of birds have been recorded in Queen Elizabeth National Park and visitors who would like to visit the park for the birding safaris should do so in April, and then in October, November and December. It is believed that the park receives a lot of migratory birds, especially in these months. Despite this, the park is open throughout the year for birders. Migratory birds can be easily seen, and these sites are recognized for their wonderful activities and work.

More programs, including guiding and in the Avian, have been hastened in Queen Elizabeth National Park and provided that the park neighbors the tourism institute in Katwe, Kabatoro, and the council. This has increased tourism awareness and visitors are introduced to new birds that are seen in the park during different types. There are both permanent and migratory species in the park, and as a matter of fact, the park also features birds that travel all over the world in order to visit Queen Elizabeth National Park and have the best time possible, so you don’t want to miss out on this opportunity.

Because of its size, the park is divided into several areas and sections where visitors can find an infinite number of birds. And now we look at these areas for the best guidance of our visitors.

This is one of the best birding areas in Queen Elizabeth National Park, and there is a bridge here that connects the districts of Kasese and Rubirizi. This bridge was constructed in order to ensure that traffic flows smoothly on the Kazinga channel. Some of the birds that you will find here include lesser swamp warbler, grater swamp warbler, malachite kingfisher, white-winged tern, malachite kingfisher, and papyrus gonolek, among several bird species.

Other bird species that rotate around here, in addition to the flamingos, include the black bishop, sulphur-breasted bush shrike, chestnut wattle eye, and white-breasted nigro-finch.

Birds of the Kasenyi plains

Among the Kasenyi plains’ bird species, the Ksenyi plains are best known for their game drives, but the area also contains many of the following bird species. Whenever you visit, keep an eye out for the following bird species, which can be found in the Kasenyi brown-backed scrub. Among the many wonderful species are the flapet lark, black-bellied bustard, white-backed vulture, sitting cisticola, grey-backed fiscal, white-tailed lark, and black-bellied bustard.

Birds of the Mweya peninsular 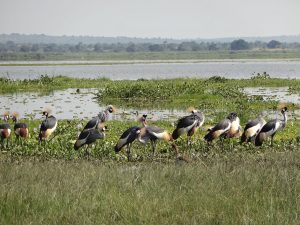 This is one of the destinations that is found on the western right site of the rift valley and most of the birds are forested.  Among birds are the African mustached warbler, barbets, African emerald cuckoo, and yellow bill. Maramagambo forest for these bird species can easily be reached and seen

What is the best time to do bird watching in Queen Elizabeth National Park?

Birding in Queen Elizabeth National Park is done all year around, and because of that, you don’t know when to wonder when you can visit the park for birding. It has been observed by different people that birding is usually done from November to April when you can clearly see the migratory birds. However, you can do birding at any time and this is very interesting. Just come and contact us for more information about bird watching in Queen Elizabeth National Park. Remember that birding in Katwe can be done by first reaching out to the Katwe tourism information center.