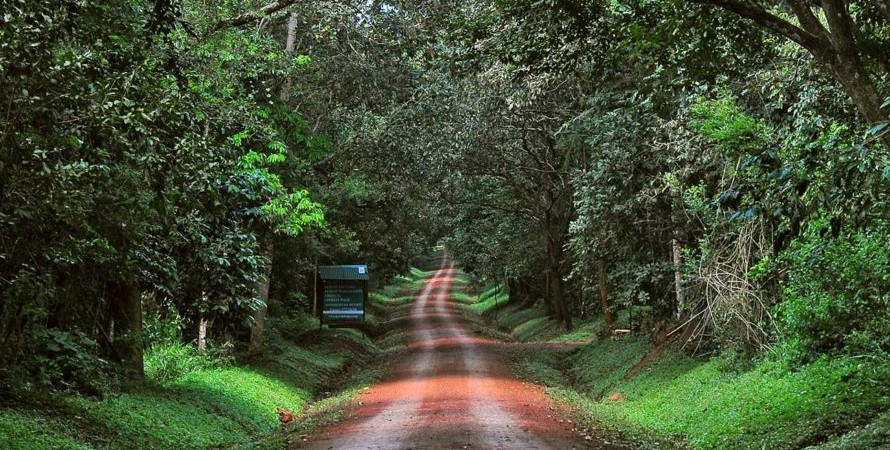 Other than the chimpanzee trekking safaris, the Budongo forest reserve is also good for nature walk safaris as you blend with nature. Budongo forest is Uganda’s largest currently natural-grown-up forest reserve, and it has been there for centuries, attracting a diverse range of primate species, most notably chimps.

The Budongo forest reserve is protected and managed by the National Forestry Authority, and some of the conservation efforts being undertaken at the Budongo forest reserve are mostly the result of the efforts of the Budongo Conservation field station, which is the non-government organization that works together with the Makerere University forestry department to ensure that the forest is managed and conserved.

The forest covers a relatively large area and sits on approximately 435 square kilometers of mostly semi-deciduous forest. It is moist and at medium altitude. However, some parts of the forest area are comprised of grass thatched patches, which allows the forest to also harbor some wild animals, including lions from the Murchison Falls National Park. The topography of the Budongo landscape leads to the undulating landscape that stretches up to the east African rift valley and the forest cats as the water catchment areas for several rivers, including the Waisoke, Kamirabwa, and the Siba Rivers, and these rivers drain water from Lake Albert.

The Budongo Forest’s proximity to the equator, combined with the backwoods and streams, results in a reasonable amount of precipitation, ranging from 1200 mm to 2200 mm every year. The wet or stormy season lasts from March to May, and the downpour showers return from September to November, producing the two tropical downpour maxima.

During the dry season, which runs from December to February and June to August, there is little or no rain. Because the trails are always dry and navigable, the dry season is also the best season for visitor activities such as nature walks, hiking, chimp trekking, and bird watching.

What are the wildlife species that are found in Budongo Forest?

Remember that the major wildlife species that the tour guides do include in their itineraries are the chimpanzee tracking trails that are done in Budongo Forest National Park. The Budongo forest, however, is the home of several primate species, including the prominent chimpanzees, along with other primates like the blue monkeys, the black and white colobus monkeys, the red-tailed monkeys, and the olive baboons. Those who can afford to visit the Budongo forest at night will be able to see the night-moving animals, including the galago and the potto, which are nocturnal animals in this forest.

Furthermore, the Budongo forest is a haven for many species of birds. It is believed that visitors will encounter more than 360 bird species, which you can see and enjoy. Some of the endemic bird species include the chocolate-backed kingfisher, black-headed paradise flycatcher, lemon-billed gromec, forest robin, white-spotted flufftail, yellow and grey long-billed, little green sunbird, and black-headed oride. There are also 24 species of small animals and 280 kinds of butterflies in Budongo. Budongo Forest is found in a remote area, making it an ideal habitat for lions, so keep an eye out on your nature walk in case you run across the king of the jungle himself.

What to do in Budongo forest?

Guided Nature walks: At the Budongo forest in Murchison Falls National Park, guided nature walks are available with an expert and knowledgeable local escort guide who will teach you the large majority of the information you should know about the forest species. Visitors can also witness a variety of different wild animal and plant species, as well as a large number of butterflies. The nature-directed strolls usually last a few hours, and lunch can be enjoyed under the canopy of the woodland overhangs.

Murchison Falls National Park is a one-and-a-half-hour drive from Masindi, a major town in the south-eastern part of the Murchison Falls public park, separated by 30 kilometers. Additionally, Budongo may be reached from the Kichimbanyobo entranceway in Murchison Falls Public Park’s southern section; from the structure, follow the main street to Paraa, and after about 8 kilometers, you will notice the Budongo eco-stop sign; the timberland base camp is near to the eco-stop.