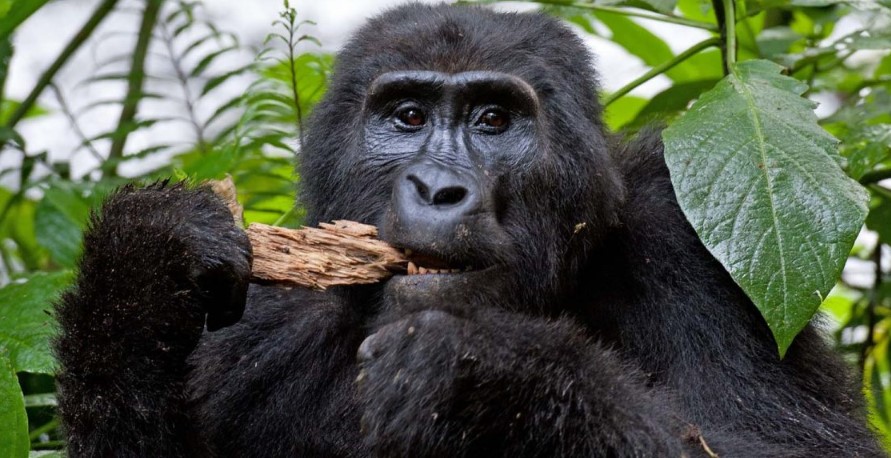 Buhoma region has quite a good number of the accommodation facilities. There is a wider range of places to lodge in while visiting Buhoma for gorilla trekking. One should not worry about where to spend the nights o stay while on a tour to Buhoma. The accommodation facilities offer quite a range of favorable services to the clients since they have professional, trained and experienced staff. The cost of the accommodation facilities in Buhoma region vary according to the services provided however, they all have or provide good services and Buhoma accommodation facilities are either luxury, midrange and budgeted and affordable lodges depends on the visitors choice and money. And some of the places to consider include; Buhoma lodge, Gorilla Forest Camp, Mahogany Springs Camp, Bwindi Volcano Lodge, Silverback Lodge, Bwindi View Bandas, Buhoma Community Rest Camp, Engagi Lodge, Sanctuary Gorilla Camp, Lake Kitandira Gorilla Forest Camp, Haven Lodge among others.

Other activities carried out in Buhoma sector of Bwindi Impenetrable National park. Besides Gorilla trekking,  there are other interesting activities that can be participated in by the tourists after gorilla trekking and these include Hiking,  mountain riding which is organised by the Buhoma Rest Camp. This mountain riding is a project for the women. Forest nature walks with in the forest tourists are get a chance to view various bird species like the Grauers warbler, Handsome francolin, Green broadbill, Cape wagtail, Yellow frowned canary among others, colorful and wonderful butterflies in the forest,  other primates that live in the forest for example the chimpanzees, blue monkeys, Red tailed monkeys, white and black Colobus, L’Hoests monkeys,  thus exercising primate watching among others. Nature walks in the forest are interesting and adventurous activities where visitors get an opportunity of exploring the park on foot as they witness and enjoy the beautiful scenery, cool environment and also see some of the animals that live in the forest region like the forest elephants among others thus carrying out forest viewing, community and cultural tours here tourists get a face to face opportunity hence interacting with the locals like the Batwa people and the Bakiga this helps them to discover and get to know the culture, lifestyles and norms of the local. Tourists get a chance to see them perform their tradition dances, songs, tradition hunting skills which reflect their past life in the forest,  poetry, story telling, meet the blacksmith and tradition healers. Art and crafts like baskets, jewelries, bags, Sandals, among others made by the locals. Village walks, these take you through the traditional homesteads of the locals thus exploring, discovering and learning more about the locals. This involves knowing about the culture, traditions and lifestyles of the local people which is through the interaction made between the locals and the tourists. Tourists are being welcomed by the locals and this can be in form of traditional dances and songs. During these village walks tourist learn about many things in a day to day life since they participate in hand craft making, feeding the animals, cooking food, visiting plantations.

Trekking trails in Buhoma sector of Bwindi Impenetrable National park. Buhoma region has a number of trekking trails that give an amazing experience to the tourist because each trail leads to you to see and spot the attractions within the park. These trails range from the Munyaga river trail, Rushura hill trail, Waterfall trail, River Ivy trail and Muzabajiro loop trail. The River Munyaga trail is considered to be the easiest and simplest trail to use in the region and it takes you via the valley lengthways Bizenga creek linking to Munyaga River. While hiking on this trail you I’ll be able to see as many primates  like the Blue and white colobus monkeys, Blue monkeys among others and bird species like blue flycatchers, bar tailed trogon,  dusky crimson among others. The Rushura hill trail which starts from Buhoma park office taking you to the Rushura hill. While on hiking on this trail, you find forests and terraced fields as you get on the top of the park and you will be able to get a spectacular view of the Virunga mountains and the Western Rift Valley. It takes 3-4 hours to complete the Rushura hill trail. The Waterfall trail which is known to being the most popular amongst the trails in Buhoma and Bwindi as a whole. This is so because this trail leads you to the waterfalls in the park,  you encounter the fresh vegetation, colorful butterfly species, spot as many bird species as possible. This trail takes 3hours to be completed. The River Ivy trail which is known to be the longest trekking trail in Buhoma sector of the Bwindi Impenetrable National park having 14km and it goes through the Southern parts of Buhoma leading you to Mukempunu a place known for the Wild pigs. The Ivy river trail takes 8hours to be completed and while hiking on this trail you will have chances of spotting bird species like great blue turaco, African black ducks etc, primate species like Vervet monkeys, Olive baboons and so much more, butterflies. This trail later follows an old road through the forest. Therefore Buhoma sector has perfect trailheads that will lead you to viewing and observing the different attractions in the park.

Buhoma sector has other tourist attractions besides the mountain gorillas that are available for tourists and these include the bird species like pink footed puff back, Water starling, White throated green bull among others spotted along the Buhoma waterfall trail and the bamboo zone. Since the park is rich in the fauna, flora, fresh vegetation you will be mesmerized by the beautiful sceneries of the region, the tree species like Ceiba tress to mention, primates like chimpanzees, Vervet monkeys among others, butterfly species like cream banded swallowtail. Therefore a visit to Buhoma sector will give all the desired satisfaction.