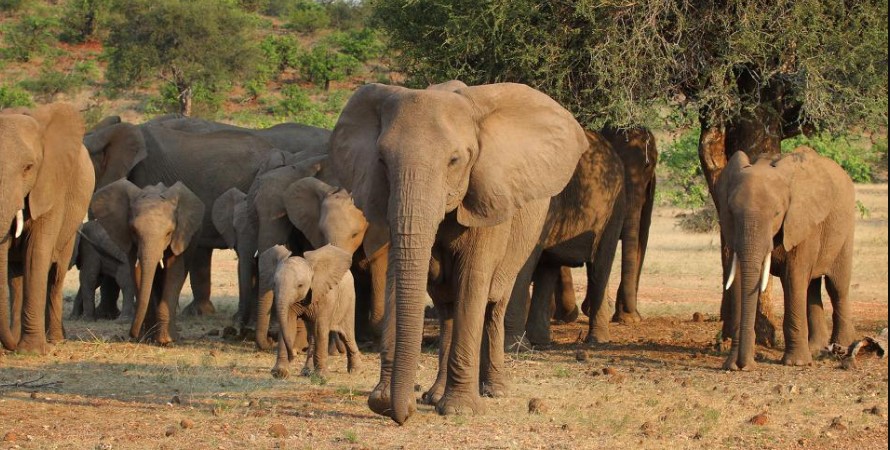 The presence of this wildlife is because of the different ecosystems that are found within the wildlife reserve. There are varied habitats including the savannah woodland, the riverine vegetation, and the forests, among other vegetation types, and these have enabled wildlife animals to survive in these vegetative conditions.

Where is the Buligi game reserve found?

The Buligi game reserve is found on the northern side of the river Nile, which is the western part of the Paraa region and stretches up to the delta region. Visitors who have ever been to Murchison Falls National Park can testify that Buligi Game Reserve is the best hot spot for game drives in Murchison Falls National Park. The best time to see wildlife in its various forms is in the morning, but game drive safaris are also good in the afternoon.

It is good that you hire a ranger from the U.S. Forest Service, especially in the Murchison Falls National Park, if you are going for a game drive safari in Buligi Game Reserve, and this is done just for security peruse and to ensure that the visitor or clients are safe.

The Buligi game reserve and the Murchison Falls national park are between the Victoria Nile and the Albertine Nile, and you will drive for about 3 hours as you interact with several species of animals, comfortably living together in the natural wildness. This distance from Victoria Nile to Albert Nile is about 160 kilometers, and it is dominated by the grassy savannah plains that have got the dotted species of acacia trees all the way through.

Other than fantastic game drives, the Buligi game reserve offers visitors outstanding views of the great east African rift valley, the ending hills, and the well-known Lake Albert. All these features highlight the outstanding views that catch the attention of the visitors.

The major activity that is carried out in the Buligi game reserve is the game viewing safaris, and these offer visitors great views of the famous animals that can be seen gracing the grounds. These include the bushbucks, hippos, waterbucks, warthogs, the jackals, hyenas, the buffaloes, elephants, hartebeest, and crocodiles, which can be seen on the shoreline together with the outstanding species of birds such as the flycatcher, tenacious fish eagle, and white-thinking fisher, among others.

In case you don’t feel that the game drives are enough, the visitors can continue and carry out the hot Airballon safaris. This will allow you to explore even the wild animals that are hidden in the middle of the wilderness and are inaccessible by safari vehicles. The game drives provide the visitors with the chance to see a lot of the wildlife in action, with the predators running behind them, and when you are lucky, you will see many of the night animals, or call them the nocturnal animals, as they come out of their hideouts going for hunting, and in most cases, the most frequently sighted ones include the leopards, serval cats, hippos, and others.

Getting to Buligi Game Reserve

Visitors can get to Buigi game reserve by using all the park entrance gates of the Murchison Falls National Park. Whether you use the southern sector gate or the northern sector gates, you will be able to see into Buligi Game Reserve. However, the ideal gates that you should use to get to Buligi Game Reserve are the southern gates, especially the Kichumbanyobo gate, which you can access by driving straight from Masindi town. Once you have reached the gate, you will begin to drive through the Budongo forest and link to Paraa and then the Buligi game reserve.

Please make sure you use the serves of the safari van or vehicle that is in good mechanical condition because at some point you will need to drive on the tarmac road and when the car is not in good mechanical condition, it will disturb you, especially during the wet season when the rain falls are too much. This is the reason why it is good to drive to visit the park during the dry season.

When to visit Buligi Game Reserve

The Buligi game reserve is visited all year round, but it is ideal for any traveler to plan safaris when the weather conditions are hot to avoid the incidences brought about by muddy or slippery roads. Still, the dry season helps the visitors to see a lot of animals because they usually congregate at the water sources, especially on the Nile, and this helps the visitors to see these animals in plenty as they are drinking water. However, the wet season is fantastic for birders because it represents the breeding season for the birds, and thus you can plan your vacation to Buligi National Park at any time of day because it is open all year.