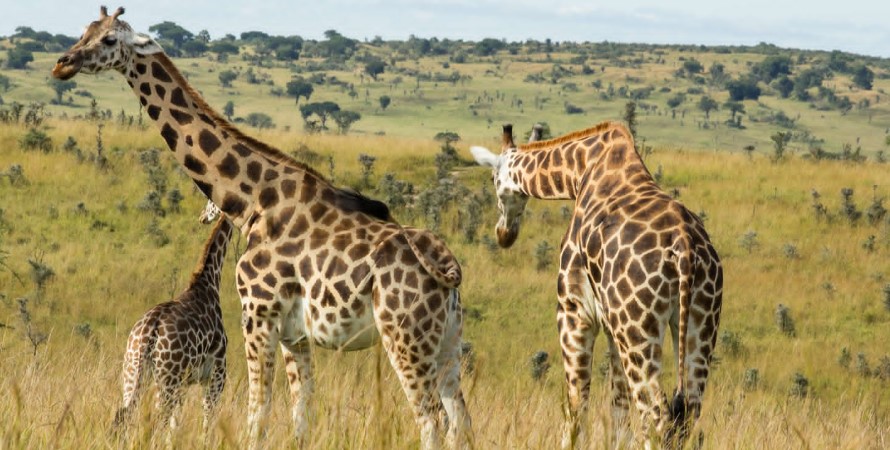 As you take the drive using the Buligi wildlife tracks in Murchison Falls National Park, expect to see most of the tourist attractions in terms of animals, such as hyenas, leopards, giraffes, elephants, warthogs, lions, bushbucks, and baboons.

This guarantees a clear view of the visitors to enjoy the best wildlife encounters. If you want to see the birds of the Murchison Falls National Park, you can take advantage of this opportunity by taking hot air balloon safaris, where you will be able to explore a variety of species, including predator hunting, which is both interesting and wonderful.

The Buligi wildlife track passes through savannah prairies, woods, acacia groves, and riverine vegetation. These game drives will allow you to see a variety of animals in the recreation area, including lions, elephants, buffaloes, jackals, leopards, and various primates. These game tracks should be accessible both early in the day and late at night. The morning game drives will help you spot the scavengers and the midnight animals returning to their safe havens, while the evening game drives will add to your total.

Murchison Falls National Park’s Buligi sector is the most important wildlife track for wildlife safaris. Its Savannah prairies provide a great location to enjoy this African wilderness as well as the captivating scenery of the unique East African break valley on top of Lake Albert, which is just a short distance from the Democratic Republic of Congo.

The most exciting activity to do here is a game drive, led from Paraa that rewards you with breathtaking views of the delta over about a four-hour trip. Your safari guide will provide you with all of the necessary information about the recreation area and the surrounding countryside.

As you engage in the hot air balloon safaris, you will also get the chance to see the normal animals, especially the hyenas, as they return home after a heavy night of hunting. You will also see the hippos getting out of the water because they spend a lot of the night sleeping and in the morning they get back into the water.

With hot air balloon safaris, you will get a better view of the wildlife and all the other side attractions in the Murchison Falls National Park in a different way as compared to the game drives that are done on land with a car.

These offer visitors a chance to see the animals that do move at night, and all the game drives usually last for about 3 hours as you enjoy the wildness and its companions within the Murchison Falls National Park.

The other safari game drive tracks in Murchison Falls National Park other than the Buligi game drive track include the Victoria Tracks and the Albert Tracks. All these tracks offer game viewing and bird watching experiences, making the park one of the best places to be visited by both domestic and local tourists. It is very interesting. You don’t need to miss this rewarding experience.