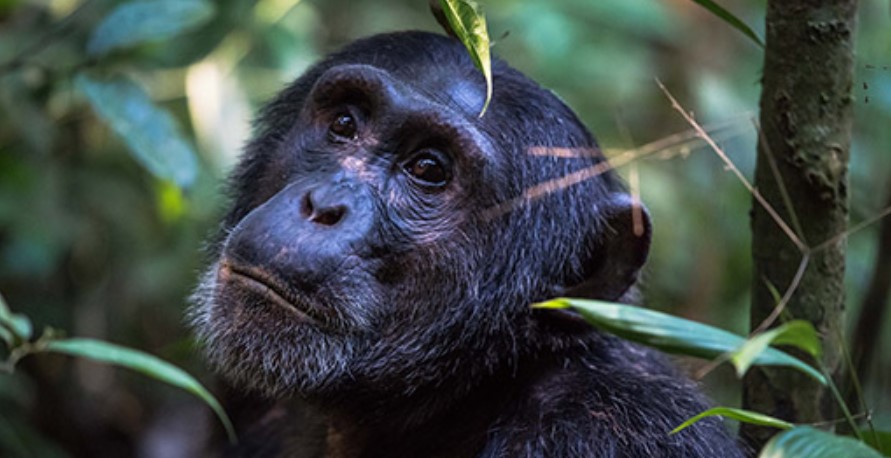 Chimpanzee Trekking in Kyambura Gorge: Chimpanzee Trekking is yet another interesting and nature-based activity in East Africa which involves walking through jungles of rain forests with the help of a tour guide while tracking down the trails left behind by habituated Chimpanzee families, and on meeting them, visitors spend some time with the Chimpanzees for usually one hour while experiencing their lifestyles, cultures and social habits such as means of communication, food collecting methods, how they make their nests among others.

Chimpanzees are primates and just like the mountain Gorillas, are fruit lovers, they live in groups of not more than 80 members, they are hairy, and their DNA is almost 99% of the humans. However, chimpanzees not only stay in high altitudes and are slightly smaller than the mountain Gorillas. They have a life span of roughly 40-50 years of age. The female ones give birth to young ones every after 4-5 years. Furthermore, these intelligent creatures also use tools such as rocks, sticks and leaves to get their food ready to eat for example they use sticks when foraging for honey and water, stones when cracking nuts among others.

Kyambura Gorge in Queen Elizabeth National Park is also famously known as” The Valley of Apes”. It is located in the Eastern part of the park and it is about 100 meters deep. The valley was formed due to the corrosive and erosive waters of River Kyambura and its steep slopes are covered by a thick rain forest which makes a good habitat for the chimpanzees. The Gorge is a home to one habituated family of Chimpanzees with roughly 16-17 members. Furthermore, the Kyambura Gorge is a home to numerous other wildlife species and bird species apart from the chimpanzees. Some of the other wildlife animals expected to be found in the gorge include other primate species such as the Olive baboons, white colobus, Red-tailed colobus and the Red colobus. These are attracted to the gorge because of the rain forests and presence of water in the gorge during the dry seasons.

The most involved in activity at the Kyambura gorge is Chimpanzee Trekking and is the highlight of the trip to Kyambura gorge. Visitors should expect to track and spend time usually one hour with the habituated groups of Chimpanzees. Reservations are done at Mweya visitor information Center incase one is interested in getting involved in the Chimpanzee Trekking Experience in the Kyambura Gorge. The activity costs USD 50 per person excluding the park entrance fees. A limited number of only 8 people are allowed to participate in the activity, visitors are reminded to always stay in groups and also keep a distance of around 7-8 meters away from the Chimpanzees. Sick visitors are also not allowed to take part in the Chimpanzee Trekking experience as they may transmit the diseases to the chimps. And also flash light cameras are not accepted as the may scare away the Chimps.

What are the essentials one should carry during Chimpanzee Trekking in Kyambura Gorge?

The attraction is situated in Queen Elizabeth National Park and can be accessed by either Air or road means of transportation. By road, the park is 410 km from Kampala the capital city of Uganda to Queen Elizabeth National Park which is west of Kampala. The journey by road takes about 7-8 hours depending on the number of stop overs. By Air, the park can be accessed in one hour after boarding a flight from either Kajjansi air strip or Entebbe airport to Kihihi airstrip.

Where to stay around Kyambura Gorge?

Kyambura Gorge is surrounded by several accommodation establishments that cover all the different types of travelers. These offer a home to tourists ranging from high-end luxurious to budgets offers. These include; Katara Lodge, Kyambura gorge Lodge, Emin pasha lodge among others found around and inside Queen Elizabeth National Park.