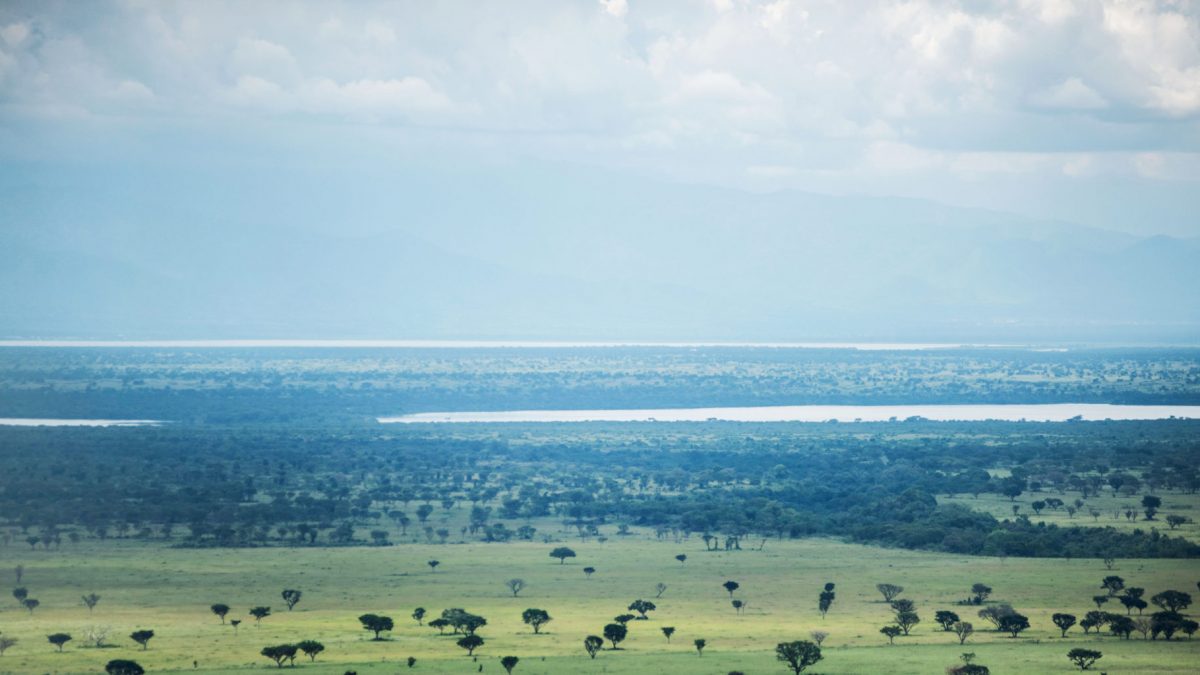 Are you looking for cultural encounters in Queen Elizabeth National Park Uganda? Lake George is the shallow and small-sized lake that is found in rift valley floor of Queen Elizabeth National Park located in Kasese and Rubiriz districts in western Uganda. The fact that the lake is close to the famous mountain gorillas means Lake George receives its waters from different rivers that originate from the mountains of the moon. The lake is also supplied with water from the other tributaries of the eastern party, which is the agricultural land. These tributaries of the rivers include, among others, the Mpanga River, which pours water into Lake George from the eastern direction, the rivers Rumi, Nsonge, and the Mobuku from the Rwenzori Mountains. The manner in which the lake receives water from rivers, the manner in which the eater is drained through the Kazinga channel, and the manner in which Lake George maintains contact water levels all year round.

There, the water catchment areas are fairly distributed and offer mountain ranges, implying that the mountain ranges are located at a higher altitude of approximately 914 meters. The region receives two precipitation seasons to improve the feeders that give water to Lake George. It receives precipitation between May and October, with a usual range of 3 mm to 194 mm. Despite the fact that water levels in Lake George might fluctuate, these variations are negligible.

The northern sectors or shores of the lake, George, have features such as the papyrus swamp, which serves as a home for a variety of wild species. The swamp is recognized as the ramsar site and it is known for being the home of the sitatunga antelopes, which are one of the antelopes that can be found in Queen Elizabeth National Park. Other than the sitatunga, the swamp also protects the rare shoebill stork, among other species of birds and wildlife species in the Queen Elizabeth National Park.

The presence of the green pastures protects and enables the visitors to see the herbivores as they enjoy the grass, as well as the wild animals or the carnivores eating the other animals. This is very interesting. The papyrus provides a natural substance to the networks near Lake George for their specialty work. Fishing at Lake George is a financially beneficial activity. This is based on the fact that the green vegetation seen on the water provides enough food for the fish. You’ll notice how the fishers in this area brag about their catch as the most delicious fish on the planet. It is an exaggeration, but anytime you have the opportunity to sample Lake George fish, you will understand where this pride comes from. There are different islands on the lake, George, and these include the Kankuranga, Akika, and Irangara.

The islands form an important part of the safari as they help the fisherman to camp on them as well as helping the campers at the famous Kanguranmga island after their fishing activity or before heading for the fishing activity.

Where are the cultural encounters around Lake George in Queen Elizabeth National Park Uganda?

The cultural encounters are clearly experienced in the Kasoga community, which is the most epic combination of the culture and the safaris that the visitors are provided for. Kasoga is the fishing community and the village around Lake George, and it offers a great and wonderful experience for visitors. Remember that the swamp around Lake Gorge was declared a ramser site.

As a result, visitors can easily go for exploratory cultural encounters along the Lake George while waiting for the afternoon ride on the lake George. You can schedule a visit to Kasoga Community after your morning game drive; activities include a one-hour kayaking experience on Lake George, a local area walk that can last up to two hours but is extremely interesting, and birding during the stroll; around twenty-four bird species can be found in this network’s space.

You can participate in various activities while engaging in community encounters, such as boat canoeing at Lake Gorge; this activity involves you exploring the community and the surrounding landing sites, and visitors will learn more about the marine work on the lake as taught by the local families, which is very interesting. canoe riding will lead you to various stories that will lead you to learn more about the historical background of the islands in Lake George, such as Irangara and Rubona. On the kayak, you will be able to observe the hippos more closely than on the Mweya Boat Cruise, and you will witness many hippos gathered together, referred to as “schools” in the travel industry. Anglers will take you to the best fish reproduction areas. While kayaking on Lake George on a crisp morning, you may also be able to glimpse the mountain ranges of the Rwenzori Ranges. On Lake George, you’ll also see Irangara Island and get the chance to see its stripped anglers setting up camp after a bad catch night.

Additionally, during the nature walks and the cultural walks safaris, you will get the chance to collaborate with locals and learn how fish are saved in the region. You may see ladies netting the fish nets, and you can also reach out if you so desire. During the neighborhood tour, you’ll come across men who are building kayaks in the region, and you can help them out.

Community birding is also another activity that you will be involved in as you will be led by the local guide to explore several species of birds around the Kasoga community. What is discussed for the social trip may lead you to learn more about the local fishing society and other maritime practices. Draining is another social activity that you can perfect depending on your preferences. You can learn how cows are drained, how yogurt is manufactured locally, and how to save milk and make ghee and other dairy products using traditional methods.

As you participate in various tours, there are different accommodation facilities where you can stay or sleep during cultural encounters around Lake George in Queen Elizabeth National Park Uganda. Because of its proximity to Lake George, the Mweya safari stop is perfect. However, you can also use other convenience offices such as Jacana stop, Ishasha wilderness stop, Mweya lodgings, Hippo slope camp, King fisher camp, and Kyambura gorge stop while waiting for your evening boat journey. While waiting for your evening boat journey, you can schedule Lake George people group visits when you visit Queen Elizabeth national Park. The “amazing” exercises you will undertake here will not only leave you with the equivalent, but they will get you excited about the African ways and varied traditions that are a part of the Kasoga people group’s neighborhood way of life.