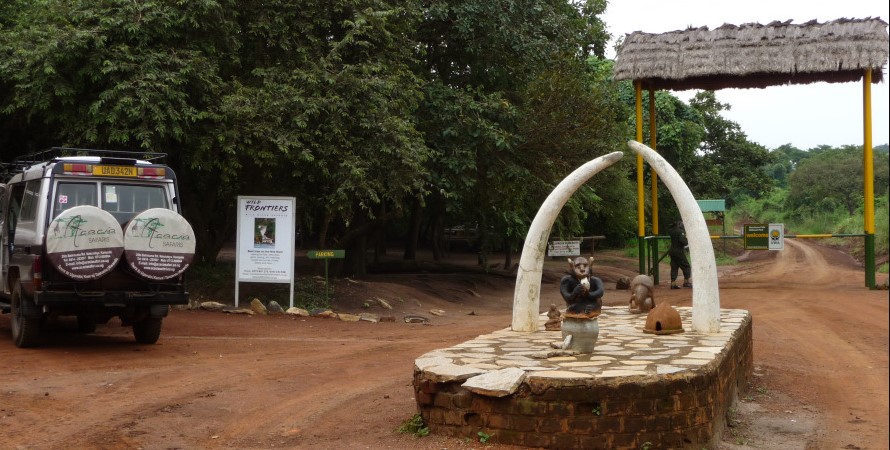 To reach the center of the Murchison Falls National Park, visitors will have to cross the river Nile, which is the longest river in the whole world, splitting the work into two sections; one is the northern sector, as well as the northern side, and this is so much more interesting. The River Nile also features the major tourist attractions, which include Murchison Falls, as the most spectacular feature of the park.

Murchison Falls National Park is the premium national park in Uganda and is the oldest and most visited national park in northwestern Uganda. The park also features the best biodiversity, with over 75 species of mammals and close to 4500 species of birds. These animals are found in the different habitats of the tropical rain forests, the rivers, the savannah grassland, and the woodland vegetation. Visitors landing in Kampala will have to drive for about 300 kilometers to reach one of the entry gates of the Murchison Falls National Park.

The Bugungu entry point in the southern Murchison Falls National Park is a bit far for some visitors from Kamapals, but the road is very good and tarmac. The route to Bugungu offers a breathtaking view of the spectacular fracture valley, a view over Lake Albert to the Congo’s heap, and passes through the Budongo forest, which is home to chimps, and only takes 135 kilometers to reach the leisure area.

Visitors must pass through Masindi to access this park, and then through the Kaniyo Pabidi forest to reach Paraa, which is about 85 kilometers away.

The Tangi Gate in the northern Murchison: This entrance is located in the old portion of Murchison Falls National Park, and those who wish to use it must first pass through Paraa, then cross the Nile on through the Murchison Falls bridge that operates throughout the day. Tangi is around 110 kilometers from Kara Span.

To reach this point in the northern Murchison Falls National Park, you will need to cross the Nile River from the Karuma Falls Bridge, which is the long Kampala Packwatch Road.

Chobe Gate in Northern Murchison: The Chobe entry point is located in the recreation area’s northern section and can be reached by Paraa and Karuma Falls, both of which are near to Pakwach, and is only 2 kilometers north of the Karuma span.

One can also reach the Murchison Falls National Park via air. Murchison Falls National Park has its own basic airstrips inside where visitors land for the park’s activities, such as Pakuba Airfield in the north, Bugungu airstrip in the south, and Chobe airstrip in the east, all of which can be reached via contracted plane from Entebbe International Airport or Kajjansi airstrip near Kampala.