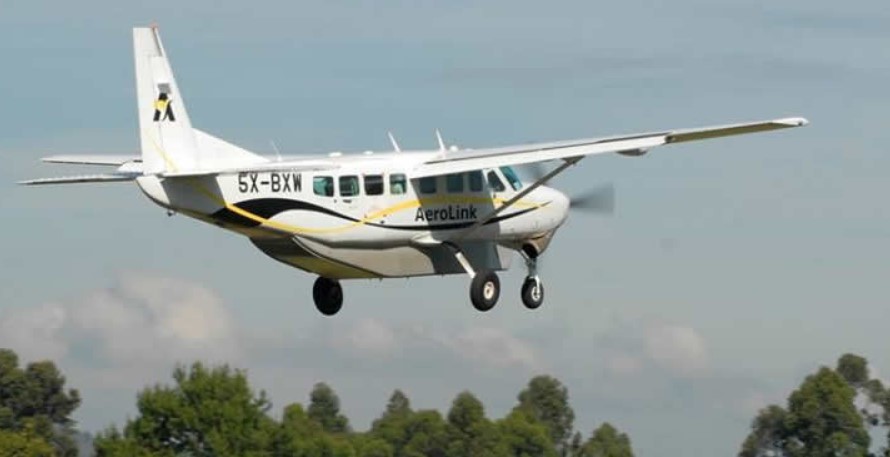 Bwindi Impenetrable National park is located in the south western part of Uganda in Kanungu District covering 321square kilometers. This park was gazeted in 1991 as a national park and in 1994 was declared as a UNESCO World Heritage. Bwindi is a home to over 400 mountain gorillas, 360 bird species, 200 butterfly species, 324 tree species, 10primate species and Bwindi has a tropical type of climate.

Flying safaris to Bwindi Impenetrable National park. Since Bwindi Impenetrable can be accessed to by air transport its such good news to know that you can save time you would have spent travelling by road transport by flying to Bwindi. Flying safaris are done by those visitors who don’t want to spend much time travelling, those who don’t have much time to spend choose to Bwindi for quicker and easy way to get there and those who wan some privacy. Flying safaris involves booking a scheduled flight or chartered flight to Bwindi Impenetrable National park and this can be done for you by a tour operator like Journey’s Uganda. All you need to do Is provide the details of the planned dates and we contact the airline  operators to check the availability when confirmed then book the ticket. And the flying safaris are very possible because Bwindi Impenetrable is being served by the three airfields like the Kihihi and Kayonza airfield best for those heading to Ruhija and Buhoma sector and the Kisoro airstrip(Nyakabanda)best for those going to Rushaga and Nkuringo. A chartered flight is of a great advantage since they can land in small areas close to the place of stay and its available any time you want it. In Uganda all airline companies offer both chartered flights and the scheduled flights its up to you to choose what to use for a flying safari. In Uganda  there are only two domestic airlines that provide scheduled or chartered flights and these are based both in Entebbe international and Kajjansi domestic airstrip and these fly to either Kisoro domestic airfield or Kihihi domestic airfield. This depends to the part of Bwindi Impenetrable National park your going to visit or the place of stay. From the landing airfields to Bwindi it I’ll take approximately one and half hours to reach the park. Scheduled flights  are organised for you using domestic flight which saves you from spending a lot of time on a road which takes about 8 to 10hours roughly and exhaustion from the long drives.

Airlines that fly to Bwindi Impenetrable National park. Flying safaris to Bwindi are arranged for those visitors who wish to travel by air. And these flying safaris range from up market(luxury), midrange and budget flying safaris and all these can be arranged by the journeys Uganda. There are two airline companies that conduct domestic flights to Bwindi Impenetrable park and these are Aero link Uganda and Fly Uganda which are based in Entebbe and kajjansi airfield. These airlines will fly you to either Kisoro airstrip or Kihihi airstrip from there you I’ll be picked up by our professional driver who will take you to Bwindi to your booked place of stay depending on the sector of Bwindi your going to trek in. Where you land depends on where your going to stay or region of trekking that is if your destination is in Rushaga or Nkuringo sector then the flight will be landing in Kisoro airstrip since those sectors are in the southern part of Bwindi and on the other hand if your going to Buhoma sector or Ruhija the perfect airstrip to land in will be Kihihi airstrip since we are targeting proximity. Aero link Uganda is a domestic airline that flies to Kihihi airstrip 3times a day. Aero link conducts flights from Entebbe to Kisoro depending on the weather conditions. The flights to Kisoro in the morning departure time is 7:00am and lands in Kisoro at 8:10am and returns back from Kisoro at 8:25am and arrives at 11:2am in Entebbe. Then departing at 10:15am and arrives at 11:25am and in the afternoon departs 12:00pm and arrives 2:45pm respectively.  The charge of flying to Bwindi will depend on the kind of the route therefore Aero link Uganda for a one way route will charge 283dollars and if it a two way it will charge you 543dollars to fly to Bwindi. Other companies that provide flights to Bwindi are  Fly Uganda.

Things to consider on a flying safari to Bwindi Impenetrable National park. Before you embark on a flying safari to Bwindi there things you need to first meet that will determine a successful flying safari and these are. Booking and securing a gorilla trekking permit. Since your going to trek gorillas therefore you I’ll need a gorilla trekking permit which can be acquired from the Uganda Wildlife Authority main offices and this costs about 700dollars to the foreign non residents, 600dollars to the foreign residents and 250000 to the East African Citizens. And if your going to participate in gorilla habituation experience still you will have to purchase a habituations permit which costs 1500dollars to the foreign non residents, 1000dollars to the foreign residents and 750000shs to the East African citizens. And booking should be made in advance 3months prior to the trekking date and 6months earlier for the habituation permit. A comfortable travel to Bwindi from the domestic airfields. This could be from either Kisoro or Kihihi airstrip since getting to Bwindi is by road from the landing site. A comfortable luxury car is preferable to transfer the visitors to the destination and you I’ll need to use 4×4 land cruiser for a luxury flying safari and if it’s a budget flying safari then a 4×4 safari van is okay. Remember this journey to the destinations is 1½ hours drive. Booking a chartered flight or scheduled flight and secure your ticket. This involves booking with either Aero link Uganda airlines or Fly Uganda airlines who will fly you to other domestic airstrips. Since there is no a direct flight to Bwindi therefore you will be left at Kihihi or Kisoro from there you will be picked up by a professional driver or guide in a comfortable vehicle to the destination. Booking a place to stay.  Since you have a trans night in Bwindi this mean you have to get a place to stay an its always to book so that you don’t get disappointments of finding rooms taken up especially if your focusing on the luxury or budget range and these include Chameleon hill lodge, Mahogany Springs, Ichumbi lodge, Bwindi guest house, Crested crane Bwindi, Engagi lodge, Gorilla mist camp, Bwindi jungle lodge, Cuckoo land tented lodge and so much more Consider the time of travelling to Bwindi Impenetrable National Park. Since Bwindi is a tropical rainforest therefore it also experiences a tropical kind of climate it is expected to rain at any time. Though travelling to Bwindi is done all year throughout but there is this best and perfect time for you to go to the park and this is during the dry season in the months of December, January, February, June, July, August and early September since during these months its expected not to rain if it does there is very little rainfall so the pathways are dry and passable making trekking easy and simple. And the weather is conducive . However, one can choose to also go for a flying safari to Bwindi Impenetrable during the wet season but this is a challenging time since the park is very cold, the roads n trails are muddy and impassable and the vegetation is over grown due to the heavy rains that lead to a fertile soil. Though there are son advantages of visiting the park in the wet season like attracting son discounts on the permits and lodges, few crowds in the park. This wet season takes months from March, April to May and October to November this is when the park receives heavy and long rains.

Requirements and what to pack on flying safari to Bwindi. There are essentials you will need to have if your to trek on flying safari to Bwindi and the following is what you I’ll require long sleeved shirt and long trousers, hiking stick, energizers like water and enough snacks, hat and sunglasses, waterproof hiking boots of a light weight, sun creams, insect repellent, water proof bag, two surgical masks, gardening gloves, camera with extra batteries.

In conclusion Journeys Uganda will help you organize all kinds of flying Safaris to Bwindi Impenetrable National park whether luxury or first class, midrange an budget end safaris don’t hesitate reaching out to us for the best tremendous and memorable flying safari.