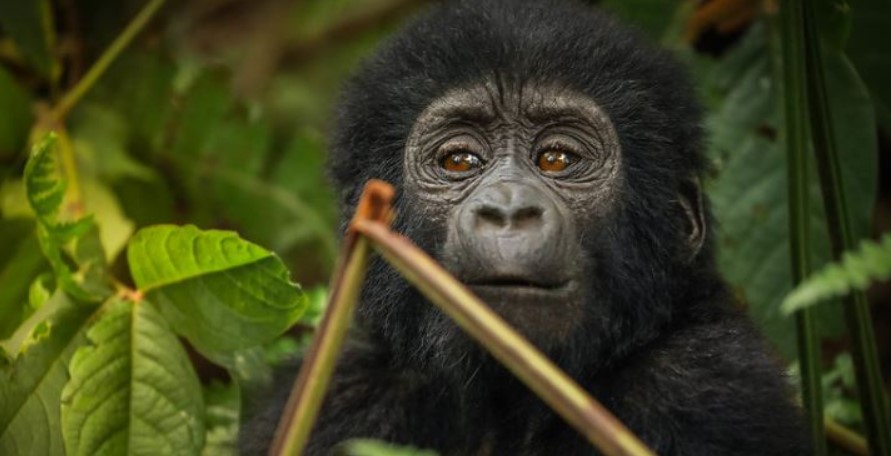 Gorilla trekking in Rwanda is the most expensive amongst the three countries where by a permit in DRC costs 400dollars and in Uganda costs 250000shs for the East African citizens, 600dollars for the foreign residents and 700dollars for the foreign non residents. One must be having a gorilla permit to carry out this activity and this permit costs 1500dollars issued from the Rwanda Development Board. One can book a gorilla trekking permit directly from the RDB through making a call or emailing them or you can book with a trusted tour operator like Journeys Uganda which is best option coz it helps save you the hustle since everything is followed up by us.

Booking a gorilla trekking permit should be done in advance like 3 to 6months before the trekking date to avoid inconveniences since permits are on a high demand especially in the peak season. Gorilla trekking in Volcanoes national park starts with an early morning briefing session at the park head quarters about what to expect, rules and regulations of trekking. After briefing you will be grouped into eight people per group and allocated to a particular gorilla group to trek. Grouping and allocations are made following the physical fitness, age, personal preferences and availability of the gorilla family and at exactly 8am you I’ll start the journey following your guide and the park ranger. Trekking takes about 30 minutes to 6 hours or even more depending on the location of the gorillas since they tend to move far in search for the food. Once a gorilla family is tracked you will be given a period of an hour to spend with them in their natural habitants as you learn more about their communications skills, behaviors, eating, playing and feeding habits as well taking photos but remember flashlight are not allowed.

Volcanoes national park is not limited to any visits one can go there any time all year around. And for you to have a fun, easy,  interesting gorilla trekking experience it is always best to go their during the dry season which is also seen as the peak season in the park. During this time expect to see crowds in the park but the good news is that the park is dry  which implies that there temperatures and weather will be favorable, the roads and pathways will be passable and accessible, the vegetation in the park will be short thus offering clear views of the attractions and easy hiking. This dry season normally runs up in the month of December, January, February, June, July and August being the driest early September inclusive.

But this cant limit you from visiting in other months of the year which are seen to be in the wet season. Though expect gorilla trekking to be challenging due to the wetness in the park which causes roads and  pathways in the park to get muddy, slick and slippery thus causing difficulties in accessing the park and trail ways, too much coldness in the park, over grown vegetation due to the constant rainfall which acts as a barrier in hiking and viewing the attractions. Although this season has got some advantages like discounts on the hotel accommodations, and this is seen happening in the months of March, April, May, Oct and November being the wettest months. If your to go for gorilla trekking during this season please endeavor to carry some heavy jackets and other warmers to keep you warm.

What to carry while going for gorilla trekking in Volcanoes national park in Rwanda?

A pair of binoculars to help you see distant attractions, a camera with extra batteries.

A hiking stick that I’ll be giving you support.

Where to stay in Volcanoes national park?

One can choose a place of stay according to their budget coz all kinds of ranges are available. These facilitate all kinds of tourists  lets list some of the facilities you can choose from Kinigi guest house, Five Volcanoes lodge, Sabinyo silverback lodge, Virunga Volcanoes lodge, Le Bambou gorilla lodge, Da Vince gorilla lodge, Mountain gorilla view lodge, Gorilla solution lodge, La Palme hotel village lodge, Gorilla Volcanoes Hotel Muhabura among other.

There are other activities one can engage in while in Volcanoes national park apart from gorilla trekking.

Golden monkey tracking: Just like gorilla trekking tourists wake up very early in the morning for a briefing at the park headquarters and you will be divided into two groups. As your still at the park head quarters will be entertained by the local troupes. There are two habituated troops of the golden  monkey which are open for tracking and the total number is 80 individuals. Golden monkeys live in the bamboo vegetation since they love the bamboo shoots and they are very active.

Hiking: This is done on either mountain Bisoke or mountain Karisimbi. And hiking mountain Bisoke takes about 6hours and mountain Karisimbi takes 2 full days. Before going for hiking visitors are first briefed at  Rwanda Development Board and after the ranger guide leads you to hiking. Hiking on mountains is an interesting and amazing activity which will earn with beautiful sceneries, views of the animals, primates and bird species.

You will visit the Dian Fossey tombs where you visit the  gorilla grave yard which has 20 gorillas being buried. This will give you an insight of her life which includes learning about her interest in the gorillas and how over the years the gorilla conservation picked on and later led to gorilla tourism.

Visiting of the Musanze caves which were formed due to the volcanic eruption which formed an underground space large enough for humans to enter. These caves are 2km long with a walk way and stairs that take you to the dark interior of the cave.

Wildlife and primate viewing: This can be done during the game drives. This involves driving through the park which will give you rewards of seeing the mammals in the park like the spotted hyenas, bush bucks, duikers, bush pigs, buffaloes, forest elephants, black and white colobus monkeys, Red tailed monkeys, Blue monkeys among others.

How to get to Volcanoes national park?

You will fly to Kigali international airport and connect to Kinigi park headquarters by road which will take you about 2hours drive. U can opt for the public means of transport where you will board a bus from Kigali to Musanze then hire a private car to the headquarters because the public means to reach the park.