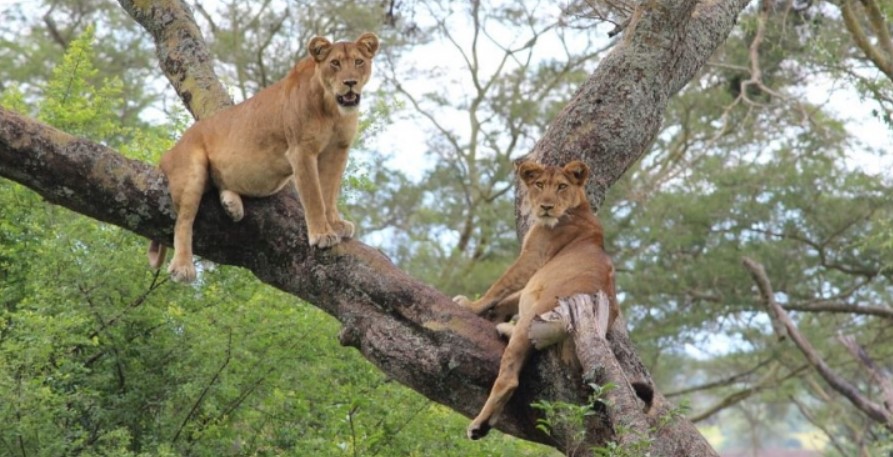 Kasenyi plains is an open savannah grassland area which harbors various wild animals like the various wild cats and its dominant animal being the Uganda kobs and the kobs are dominant in this region because they like breeding in the plain areas therefore Kasenyi plains are breeding or mating  grounds for the Uganda kobs. The kobs are the main prey for the lions in Queen Elizabeth National park and its for this matter that the lions have increased in number in this region. Then it was rare to see the lions but now there are 200 lions present in the sector. And there are high chances of seeing and capturing the lions feasting on there preys during the game drives.

Attractions found in the Kasenyi plains.

Wildlife in Kasenyi plains. Kasenyi has a wide range of animals which are supported by the nature of the Kasenyi the providing habitants to the animals. The sector has animals like the big cats such as leopards, hyenas, lions, elephants, buffaloes, Warthogs, herds of Uganda kobs, antelopes among others which are being enjoyed during the game drives carried out within the park since its an open grassland most loved by many of the animals. Its an ideal place for photography for visitors who enjoy taking them.

Kazinga channel which connects lake Edward and lake George  which is positioned in the South west of Kasenyi plains in Queen Elizabeth national park. Kazinga channel is something you shouldn’t miss while on the safari to Queen Elizabeth. Expect to enjoy the boat cruise which is an interesting and exciting activity on which will earn you different attractions in the park like the hippos, crocodiles, water bucks, elephants, other water birds that are found on the shores.

Kasenyi fishing village is also an attraction in the Kasenyi plains sector where fishing can be carried out, different snacks and fish are made and can be enjoyed by the tourists, tradition fishing methods are showcased to the tourists and while here animals like hippos, crocodiles, lesser flamingoes, greater flamingoes, shoebill and other numerous water birds.

Other attractions found in this sector are Lake Bunyampaka, lake George which are exciting and interesting fresh waters along the papyrus swamp that harbors a variety of wildlife that cant be spotted in the park like water bucks, Sitatunga antelopes, Kankuranga, Akika and Irangara others include crocodiles, buffaloes, hippopotamus among others.

The Kasenyi airport is one of the feature that is found in the area. This is an inland airport where visitors on the flying safari land. While here there is a chance and possibility of observing lots of mammals like warthogs, buffaloes, Uganda kobs, wild pigs among others.

Things to do while in the Kasenyi plains.

Game drives. : Due to the nature of this area being an open savannah it supports wildlife and game drives are the primary activity carried out in the region. Since it offers clear photographs. Game drives involve driving through the trail to see the different attractions in the park like animals, birds. These game drives are being carried out with the guidance of a professional guide and they will leave you satisfied.

Boat cruise on Kazinga channel.: This involves a trip on waters to discover and unfold the different attractions and these are carried out twice in a day. An experience on the spectacular Kazinga channel is something one shouldn’t miss m during the visit in the park.

Accessibility of the Kasenyi plains.

Kasenyi plains can be reached to by two different ways that is by road and air transport. Since the park is near the inland airfield flying to Queen Elizabeth is possible. By air transport one can fly to Queen Elizabeth from two points that Entebbe international or Kajjansi domestic airfield where a chartered flight or scheduled flight can be used. And this takes 1½ hours to reach Kasenyi airport or Kasese airport.

By road transport: This takes about 5 to 6 hours drive  from Kampala the capital city to get to Queen Elizabeth National park.

Places to stay in while in Kasenyi plains sector of Queen Elizabeth National park.

There are a range of accommodation facilities to stay in while in Queen Elizabeth national park and these range from luxury , midrange to budget and these include Elephant plains lodge, Elephant hub lodge, Kasenyi safari camp, Ihamba lakeside lodge, Jacana safari lodge, Simba safari lodge among others.

When to visit the Kasenyi plains.

Kasenyi plains can be visited any time of the day all year round but the best time to go there is during the dry season which has easy and favorable conditions with passable roads and trails,  clear views due to clear weather and short vegetation thus having clear photographs.