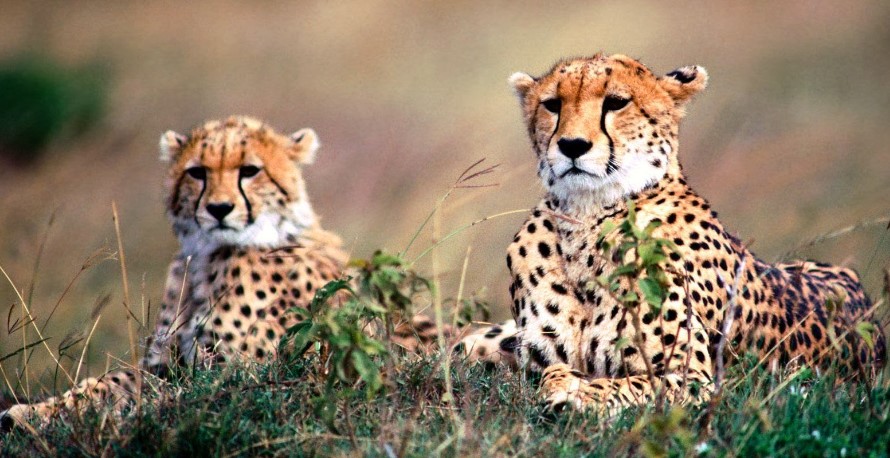 Kidepo Valley National Park is located in north Eastern Uganda sharing a border with the Republic of Kenya. Kidepo valley national park is one of Uganda’s harshest wilderness game parks in Uganda because of its extreme weather conditions characterized by its semi-arid type of climate. The park is quite hot and generally dry except from June to September when rain fall is more prevalent.

Kidepo is generally made of a rugged terrain mainly dominated by mountains like mountain Morungole, savannah plains like the Narus valley, rivers passing through such as the Narus river, and hills such as Lomej hill.  Even during the rainy season, temperatures in the park remain relatively high and in case of a rain storm, it doesn’t last more than one hour pouring down.  Visitors are advised to use 4-wheel drive vehicles when visiting the park in order to access all sectors of the park despite the weather conditions.

The game park is 520 km from the Capital city of Uganda Kampala to Kaabong district where its located. It also takes 12 hours from Kampala to Kidepo Valley National Park by road and 2 hours by air. It covers a total area of 1,442 square kilometers with its’ nearest biggest town in the sub region being Moroto which is 220 km. Given the variety of attractions in the park, Kidepo Valley National Park is ranked among Africa’s Top Wilderness Camps in Uganda.

Accommodation around the game park is scarce as a few luxury lodges are readily available for visitor use, the most common of the Luxurious lodges around the park are; the famous Apoka safari camp and Nga Moru wilderness camp. Budget travelers also could use the Uganda wildlife Authority controlled Apoka Rest Camp.

Some of the major attractions in Kidepo Valley National Park include the following;

Narus Valley: Despite the extreme semi-arid weather in the Karamoja region where the park is located, the Narus valley is one of the few places in Kidepo Valley National Park that has water throughout the year hence the Narus Valley is a home to most of the wild animals like cheaters, lions, reedbucks, spotted hyenas, giraffes, Jackson’s hartebeest, bat-eared fox, black and white stripped jackals, and many more. This is mainly because of the Narus river that bisects through the valley. Some of the best observation spots in the valley are at the Narus dam and also the water hole that is close to the tourist visitor center. For those interested in fauna, the valley comprises of the guinea grass which is the primary grass in the valley, red oat grass and the fine thatching grass. Also, the valley consists some trees and some of these include the drumstick trees, red thorn acacias, desert dates, sausage trees and Buffalo’s thorn tree. One can be sure to spot 86 species of animals and of which 28 of them are unique and cannot be seen or viewed elsewhere. Furthermore, one can also be sure to spot over 500 species of birds especially along the Narus river such as the secretary bird, Kori bustard, Nubian wood pecker, scarlet chest sun bird, Abyssinian ground horn bill, singing bush lark and the white bellied go away bird. The Narus valley contains several game tracks with four loop circuits that are used for game viewing for example the Katurum Kopje loop and the Katurum loop.

The Locals and their Culture: Since Kidepo Valley National Park is situated in the famous Karamoja region, it is a wonderful and great tradition and culture hub. The game park mainly consists of two tribes of people, the Karamojong who stay around the boundaries surrounding the park/ share boundaries with the park and the IK which an interesting and still remote tribe of people who stay at the summit of mountain Morungole. For those looking for an authentic cultural tourism experience, he/she should visit Kidepo Valley National Park in order to meet some of the few tribes that are still holding on dearly to their norms ,culture, customs and traditions.

Namamukweny valley: The valley is situated in the north-east of Kidepo Valley National Park. It developed its name Namamukweny from a local Karamojong word meaning a place with no birds. Despite the local meaning of the valley name, the valley is a great birding spot and inhabits large bird populations such as the white-crested turaco, Abyssinian roller, and paradise whyder etc. One should note that the valley is easily accessed either on foot or a vehicle. On the whole, the Namamukweny valley is a birding haven and is regularly visited by travelers especially birders and others interested in birding like photographers.

Kidepo Valley: The Kidepo valley is one of the most famous spots in the Kidepo Valley national park and it is so famous because of the Kanangorok hot springs; the unique and magnificent hot springs are situated in the northern sector of the park adjacent to the kidepo river. The hot springs boil at 50 degrees Celsius and locals believe they have got healing and magical powers. The valley also is a home to numerous bird species. Such as the carmine and secretary birds.

Mountain Morungole: Mountain Morungole is located in the southern boundary of the Kidepo valley National Park north east of Apoka and stands at an altitude of 2,750 meters which creates beautiful and breath-taking scenery in the park. The raised block mountain is bisected by the only two most important rivers in the game park. These rivers are Kidepo river and the Narus river. Furthermore, the mountain is also a home to the indigenous IK people which is the smallest tribe of people in Uganda. They stay on the summit of the mountain and tourists usually hike the Morungole mountain to catch up with the culture and lifestyle of the IK people.

Lomej Hills: One of the best places to visit when looking for a spectacular scene of Kidepo National Park. Especially offering magnificent views in the game park and it’s also one of the top most spot for bird watchers in the park as one should be sure to spot most of the birds on your list expectation especially the chest nut weaver, Karamoja apalis, black breasted barbets etc.

Birding in Kidepo Valley National Park: First, birding in Kidepo National Park is one of the few activities that can be carried out successfully throughout the whole year despite the two different seasons which are wet and dry. The two different seasons offer quite different experiences as the wet seasons attract migratory birds to the park while the dry season also offers its endemic species such as the Ostrich which is the known biggest bird. Birding in the park can be carried out both in the evening and morning times of the day. Some of the best birding spots in Kidepo Valley National Park are Apoka Rest camp, the Narus valley, Namakwenyi Valley among others. The different bird species one should be sure to tick on their checklist include the Kori bustard, secretary bird, Egyptian vulture, Karamoja Apalis, Purple heron, Rose ringed parakeet, fox Kestrel, Jackson’s Hornbill, Marsh Tchagra, Yellow barbet, Ethiopian swallow, Chestnut weaver, northern carmine bee-eater and the dark chanting goshawk among others. For one to have a successful and satisfying birding experience in Kidepo, he/she need to be accompanied by a professional tour guide and these are always available at your service. Happy Travels