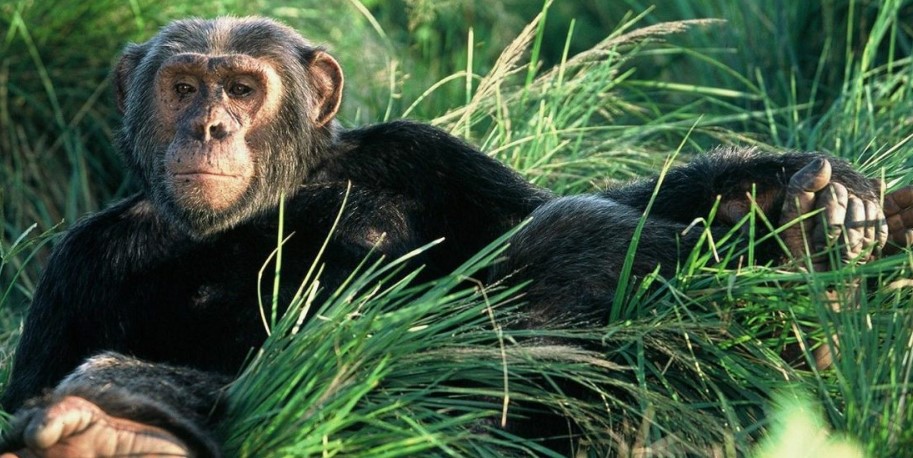 Kyambura gorge is one of the sectors in the Queen Elizabeth National park which shelters the attractions in the park and is situated in the North Eastern part of the park. Kyambura gorge is also known as the magnificent valley of apes in Queen Elizabeth. Kyambura gorge is drained by the River Kyambura which is about 100 meters deep and lies within the Kyambura game Reserve in Queen Elizabeth National park which is found in the south western part of Uganda and among the most popular and visited national parks harboring over 95 mammals like the unique tree climbing lions, leopards, Uganda kobs, over 600 bird species like white headed barbet, martial eagle, 10 primate species like chimpanzees, Olive baboons. This park was a gazeted in 1952  and has a tropical type of climate.

Kyambura gorge has a unique land scape which is breathtaking and has got a stunning view of the rainforest also crossed by and positioned very close to the equator.

Kyambura gorge is rich in the wildlife since it’s a habitant to the chimpanzees therefore chimpanzee tracking can be carried out in this region. Before trekking the chimps one has to make bookings or reservations at the Mweya information center within Queen Elizabeth National park. In addition Kyambura harbors a good number of primates that can be seen by the tourist like the Red tailed monkeys, white and black colobus monkeys, Olive baboons, blue monkeys among others due to its various habitants. Different animals will be seen in this area like wild pigs, warthogs, water bucks, bush bucks, antelopes, many more. Kyambura gorge is a good place for bird watching  and so many lovely birds will be seen  in this region like the African Skimmer, Papyrus canary, White tailed lark, Papyrus gonolek, greater flamingoes to mention. All these different attraction can be observed and to explore, discover and exhaust the Kyambura gorge  one has to take a guided nature walk with an experienced and knowledgeable tour guide.

Kyambura gorge is rich in the flora and fauna since It has an incredible biodiversity belonging to Its 13 different habitants. From hot savannah plains to wetlands and the cool rainforest. There are several rare plants in this region that you are unlikely to be find anywhere else. Kyambura river that rubs through the reserves is an important water source for Tue wildlife in Queen Elizabeth National park.

Activities to be engaged In the Kyambula Gorge.

Chimpanzee tracking. Since chimpanzees is the main draw o Kyambura and the excursions take place in the morning and Afternoon. The chances of seeing the chimpanzees are 80% therefore chimp treks start with 200m descend down the escarpment. Chimpanzee tracking starts with the briefing at the park head quarters about the rules and regulations and if a particular chimp family is located then a period of an hour is given to the tourists to spend with the chimpanzees thus learning more about them as they take photos and record moments.

Bird watching. Kyambura gorge is a birders haven spot since it has many of the birds that It harbors in the habitants. If you want to spot as many birds as possible then embark on the early morning session coz many of the birds will be still in the habitants and expect to see some of these birds Martial eagle, greater flamingo, shoebill, Owl lesser, Versus eagle, Chapin’s flycatcher, Rwenzori turaco, white napped pigeon Papyrus gonolek, Papyrus canary so much more.

Guided nature walks. This involves hiking through the area on foot to discover the hidden pleasant and exciting attractions of the park. These are carried out with the help of the trained and professional guides. Different parts of the area will be exhausted and explored thus getting views of the beautiful sceneries of the park and the land scape,  different animals will be seen like the African elephants, buffaloes, chimpanzees, Blue monkeys, Olive baboons, Red tailed monkeys,  Uganda kobs, antelopes, Crocodiles, different birds will be spotted like the shoebill, flamingoes. Other attractions that will be seen during the nature walks are the forests, rivers, butterfly species, tree and plant species. Therefore you will be thrilled and excited by guided nature walk due to the various attractions that will be offered by this region.

Kyambura gorge can be visited any time of the year one feels like. But it is always good and favorable to visit during the dry season which has the favorable conditions of travel. Since the park is not experiencing rainfall even when it rains its very little the park roads and trails are passable therefore easily accessed. The weather too is favorable and clear the giving clear photographs and the vegetation and shrubs are not over grown giving tourists clear views of the attraction. And this dry season is during the months of December,  January, February,  June, July, August,  September. June and July being the best months coz they are the most dry months of the year.

The rest of the months of March, April, May, October and November are considered to be in the wet season since rainfall is received heavily especially during the months of October and November. During these months the park is very cold, always wet having muddy, slippery and slick roads thus being impassable making the park difficult to access, over grown vegetation which obstructs the attraction, unclear weather. Therefore always choose to travel during the dry season for better travel experiences.

Where to sleep in Kyambura gorge?

Since travelling to Queen Elizabeth is not an hourly thing therefore you need to put into consideration of the place of stay while on a safari. There are many places to stay in which offers services like bedrooms, bar and restaurants, camping grounds, food both local and international dishes and so much more with trained and hospitable staff all catering for all kinds of travelers. These include  Kyambura gorge lodge which is located at the reserves edge and has an unobstructed view of the beautiful forest canopy, surrounding savannah and the Rwenzori mountains from the distance, Mazike valley lodge located on the hills of the edge of Queen Elizabeth National park just a short distance from the Kyambura gorge and it’s of mid range option for the travelers. It has eight secluded thatched roof cottages, swimming pool, camp fire among others and It is in pre location to start your adventures in Kyambura game reserve. Other accommodations include Park view lodge, Kyambura tented camp, Queen Elizabeth safari camp, Queen Elizabeth bush lodge among others.

How to get to Kyambura gorge sector of Queen Elizabeth National park?

Kyambura gorge is located in the north western part of Queen Elizabeth approximately 30kilometers from the park headquarters and there fore It can be accessed to by both Air transport and Road transport.

From Kampala the capital city of Uganda  to Kyambura gorge there are two main route though one u a little shorter compared to the second one. From Kampala drive a distance of 420km via Masaka-Mbarara then head to the park and this takes roughly 7 hours drive. Then from Kampala via fort portal to the park it’s a distance roughly 410km and it takes 6hours drive. This route is shorter than the first one.

If you choose to fly to Queen Elizabeth there are daily flights  from either Kajjansi airfield or Entebbe International Airport. One can choose to use either scheduled flights or chartered flights and these are offered by domestic airlines like the Aero link or Fly Uganda. From Kajjansi airfield or Entebbe international airport  to Mweya or Kasese airstrip in Queen Elizabeth national park. This will take 1½ hours to get there.