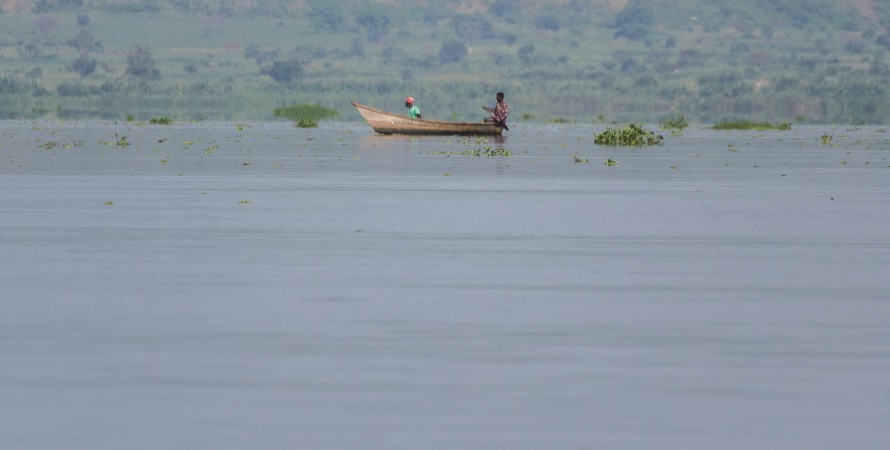 It is located in the western part of the Murchison Falls National Park. The main river, Semuliki, which delivers water from Lake Edward in Queen Elizabeth National Park, the Congo escarpment, and a lot of rain from the Ruwenzori highlands, all contribute to the formation of the huge alluvial plains. The development of little suds at the point where the Nile enters Lake Albert, the largest rift valley lake in east Africa, resulted from the silt deposition process throughout time.

The Lake Albert delta is the body of water where the Mighty Nile (Victoria Nile) gently flows and enters the Lake Albert waters, passing through the lake to form the Albertine Nile. The place is so beautiful with its fantastic vegetation cover, which has made it the home for several flora and fauna.

At the point where the Nile joins Lake Albert, the delta is known for its gorgeous scenery of diverse vegetation and a glimpse of the Nile’s flow as it separates into small islands and tributaries. The water in the delta is squeezed into a tight channel, rushing over rocks and making a roaring noise.

It is highly recommended that you take the morning boat ride, which is enthralling. It is quite a long journey of about 20 kilometers, and you will start this boat trip from the Paraa dock and sail through the swampy river as you see all of the animals on both sides of the river bank.

The bird species here are thrilling, and the visitors, even if they are not birders, leave the trio yearning for more. Both private and public itineraries to the Lake Albert delta can be made. Private itineraries, on the other hand, are tailored to fit into a certain time frame for a specific trip. The Nile as it meanders from the little suds in the water that come from the Uhuru falls, thought to have developed in 1962 when the Nile burst its banks, may be seen from the baker’s perspective on the southern side.

Activities at the Lake Albert Delta

The downstream boat trip from Paraa is an excellent opportunity to observe the delta, but it can also be a solo excursion. The delta is home to a variety of unusual and rare bird species, some of which are only seen in Murchison Falls National Park, such as the yellow-footed kingfisher, goliath heron, remarkable egrets, and African fish falcons. The old species, the shoebill, is the most fascinating for birders that visit the Albert Delta, and you have a fantastic chance of spotting it in the marshes along the waterway banks.

Views of the Congo range while taking the boat cruise to the delta. The Congo mountain ranges, with their undulating forested horizons, may also be seen from the Albert delta. You can devote your time at the delta to studying the birds while taking photographs and, if you are a good fine artist, possibly doing some drawing.

The delta’s connection to Lake Albert creates a shallow area that is important for water birds, including shoebills, pelicans, darters, and other heron species. In the higher and wetter regions toward the south and east, the delta is a significant bringing forth and favorable place for Lake Albert’s fisheries, containing native fish species; the remainder of the site is overwhelmed by moving savannas and tall grass, with progressively thick shrubs, forests, and timberland patches. During the dry seasons, it serves as a caring and watering shelter for untamed life in the national park.

Visit the River Nile Lake Albert Delta banks for the best Uganda Safari birding. The nature walks focus on the water-loving birds and onshore species that live along the river banks, particularly in the swampy, boggy sections. Kingfishers, African Fish Eagles, Goliath Herons, Great Egrets, and African Fish Eagles are all prevalent bird species throughout the year. The rare shoebill is the most sought-after animal here.

In conclusion, therefore, the Lake Albert Delta has got a lot of fauna and some of the fauna and flora include The African Elephant, Loxodonta Africana, and the Nile crocodile, Crocodylus niloticus, are two more species of global conservation concern. One of the world’s largest concentrations of Nile crocodiles may be found between Murchison Falls and the delta. Elephants were severely hunted by poachers in the 1970s and early 1980s, reducing the population from over 13,000 in the 1970s to less than 1,000 in the 1990s. However, the population is now recovering. Many fish species inhabit the waters of Lake Albert, the majority of which are native to the Nile’s lower reaches and include important indigenous fish species of conservation concern.