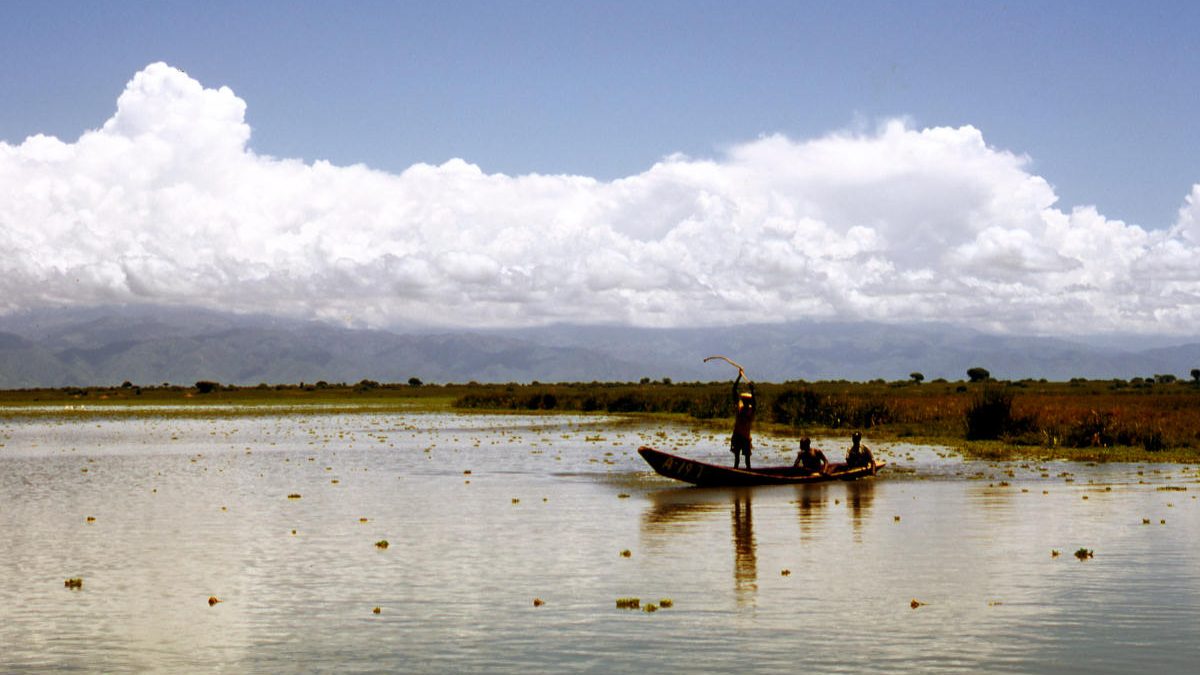 Lake Gorge is among several water bodies in the form of the permanent lakes found in the Queen Elizabeth National Park. Queen Elizabeth National Park is located in the western part of Uganda and is popular for wildlife safaris. Lake George is one of the rift valley lakes and it is small and swallows. The lake is about 2.5 meters deep. There are several rivers that flow into Lake George, the majority of which originate in the Rwenzori Mountains, also known as the Mountain of the Moon. The major rivers and streams that pour water into Lake George include rivers Mubuku, Nsoge, and Mpanga, which is in its north western diurnal and the only channel that drains water from the Lake George is called the Kazinga channel, which connects Lake George to Lake Edward.

The rainy months of May and October feature or present the rainy months around Lake George, and this clearly indicates that the lake as well receives rain falls, and it has attracted several fishermen who do the fishing activity on the lake, and the most fish caught here include the tilapia and the thermos Cyclops, among other fish species. The swamps that surround Lake George have served as breeding grounds and refuges for a variety of birds, including the sitatunga antelope. Ride on Lake George will lead you to several islands on the lake, such as the Akika, Kankuranga, Irangra, and other wonderful places that you can explore.

Lake George is a wonderful park for the people who live close to the lake because it provides them with the economic activity from which they deliver their income. Aside from tourism, the lake is beautiful and has great tourism potential, as when you arrive, you will find everyone busy doing various activities to make a living.

According to legend, Henry Mason Stanton was the first to discover and visit Lake George, and after his second visit, he named it Beatrice Gulf. Later, he realized that the river Katonga, which flows directly into the world’s largest fresh water lake, was part of Lake Albert. Lake as of now is home to a lot of wildlife species, which can be seen once you take a safari there. These animals can easily be seen during the game drives safaris, especially in the afternoon when the sun is too hot for the animals to come out and see the water.

The best activities to do on Lake George

Nature walk safaris: guided nature walks are conducted through the papyrus wetlands and introduce visitors to the numerous bird species that live in Lake George and the surrounding areas. While you’re here, you’ll be able to see how delicate traditional treasures like containers and ropes are truly woven, as well as enjoy the breathtaking view of the lake.

Also, Lake Goliath is the best destination for fishing. During your stay, you will also get the option to join the fisherman on the lake, where you will be taught various fishing techniques and even take home your best catch, which will be ready for you to enjoy. Tilapia, for example, is a species that is trapped in the lake.

Game viewing on Lake George: This is an example of one of the workouts conducted near the lake. The sitatunga eland, which may be found in the papyrus swamp on the lake’s northern banks, is the most fascinating. Hippos, elephants, Nile crocodiles, and Uganda kobs are among the animals that can be spotted roaming the shores of Lake George. Various animals such as warthogs, waterbucks, bison, elands, and duikers are frequently seen brushing up against the shoreline.

Canoeing safaris on Lake George: Solid-hearted travelers take to the water in a traditional kayak to explore the beauty and learn about the tiny lake’s history. It provides excellent opportunities to observe maritime birds and wildlife, as well as the lakes’ natural, diverse vegetation. I’m hoping to get to the islands and the fish-raising areas.

You will participate in the Kasoga people group experience, which will introduce you to the way of life of people who live around the lake through activities such as birding, kayaking, traditional lager fermentation demonstrations, traditional kayak making demonstrations, and a kayak regatta, among others. You’ll also have the chance to speak with local fishermen and learn about their different fishing techniques and how they rely on fishing. There are a lot of gifts to buy and you should reclaim your home for acknowledgment.

Visitors are informed that Lake Gorge is visited all year round and the basic activities can be done at any time of the day. However, I recommend that you visit the lake during the dry season when everything is stable and wonderful.