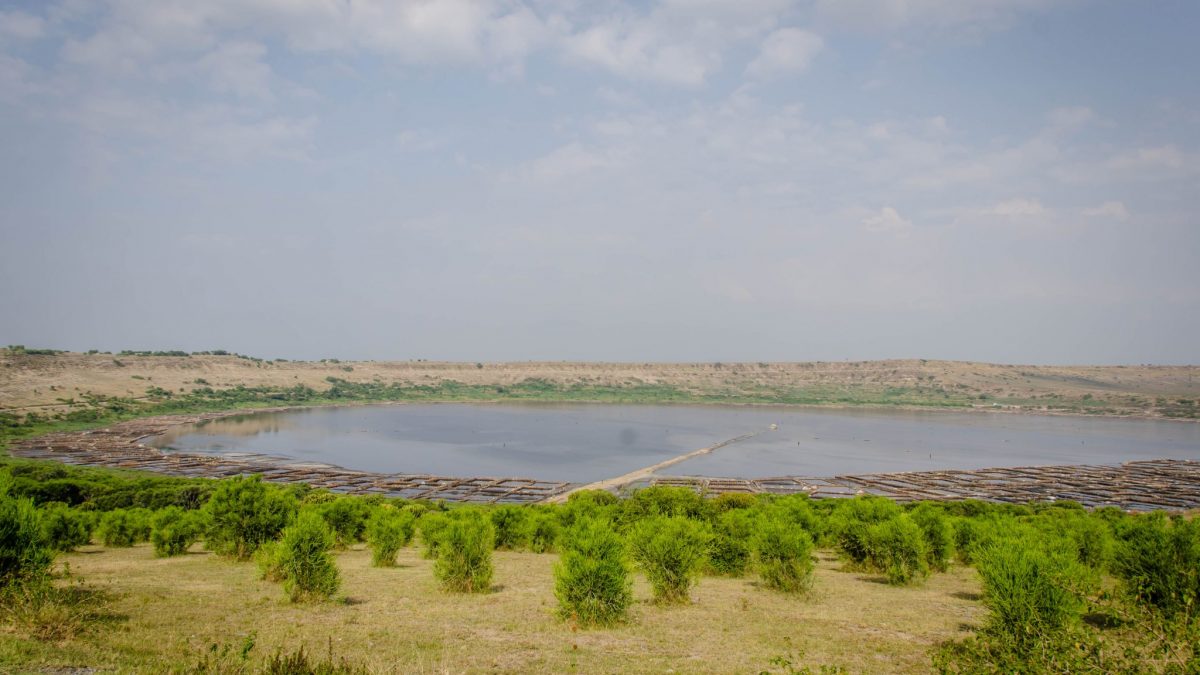 Queen Elizabeth National Park contains explosion crater lakes, which are part of the volcanic features, and these areas are clearly visible within the Queen Elizabeth National Park, which is located in southwestern Uganda and is very interesting. Uganda as a whole is blessed with scattered explosion crater lakes, the majority of which can be found in western Uganda in the Albertine Rift Valley.

Katwe explosion Crater Lake is mostly found in the northern part of the Mweya peninsula, which is part of the Queen Elizabeth National Park’s highly elevated mountains. Some of these crater lakes seem to be extinct, but they keep on bringing the sulphourous gas and some even get the name “Nyamunika,” which is the local talk translated as “smell.” There are several cater lakes in western Uganda, including the Bunyarugulu Crater in Kichwamba and others in Fortportal tourism city near the Kibale Forest National Park, which is what makes Uganda so interesting and wonderful.

The major crater lakes that are known by several visitors include Lake Katwe, which is known as the “Lake of Salt” and is dominated by the volcanic mountains and rocks. This lake is foiled by the water and other grassland forests. This is the salt mining lake that was formed as the result of the volcano’s eruption, and the visitors can easily be seen, seeing those who are seeing the people mining the salt.

Locals may easily separate salt due to increased dissipation during the dry season and mineral concentration in the highly saline water. Locally, rock salt is extracted from the fundamental lake and transported to the arrival region, where it is dried and sold.

The am batch trees in the neighborhood are used by locals to drift salt across the lake to the arrival site in the simplest way possible. Lake Katwe is Uganda’s principal salt supplier, employing a large number of locals. Lake Katwe salt is distributed to neighboring countries such as Rwanda, Burundi, and the Democratic Republic of the Congo, primarily for the treatment of stowaways and skins, as well as for food preparation.

The salt token is burned through by the Ugandans in the neighborhood. Because of the noxious water, the entire Lake Katwe blast pits are unable to attract and accommodate a large number of species. Flamingos and other water birds can be observed despite this. And this makes it an interesting destination for wild viewing.

While exploring Lake Katwe, you will also have the opportunity to visit the salt works at Lake Katwe from time to time. During the dry season, you can acquire information on how salt is created from super/hyper-concentrated saline water. You’ll see how difficult this type of job is because it might cause sexual problems for the excavators. Regardless, they work as if their lives depend on salt mining, which is true because salt mining is the only source of income in Katwe town. When you buy something from them, you can show that you care about the community. Bunyaruguru Crater Fields is one of the other pit lakes. These are located on the western fracture valley’s Kichwamba slope. For example, Lake Nkugute, for example, can be seen from Mbarara-Kasese Boulevard, and 20 other cavities may be located nearby. Consider how speckled the west is with pits!

Salt mining is so interesting and has a lot of interesting stories attached. Therefore, your safari to Lake Katwe, one of the crater lakes, will provide you with the chance to see and learn more about the salt extraction process carried out by locals who live in the area and rely on it for their primary source of income. Also, pay a visit to the old salt industrial complex and work at the lake, where you can learn about how salt is made from very concentrated saline water during the dry season. You’ll also notice that this type of employment is demanding, resulting in sexual problems for all types of people who work there. In this situation, women put flour in their genitals to prevent harmful water from entering them, while men use condoms to protect their penis.

Other than the blast hole lakes in Queen Elizabeth National Park, the recreation area has a lot to offer, starting with the noteworthy perspectives on these pit lakes to the new water body lakes George and Edward, not to mention the shocking Kazinga channel with its various hippos, crocodiles, and perspectives on elephants in the early evening with the overlying perspectives on the ishasha and Kasenyi fields overlooking the moon mountains. You can also visit the fishing village on Lake Katwe and learn about all of the activities, including the mining process. You can also participate in the chimp trekking trail within the Kyambura Gorge, which is a very exciting adventure.