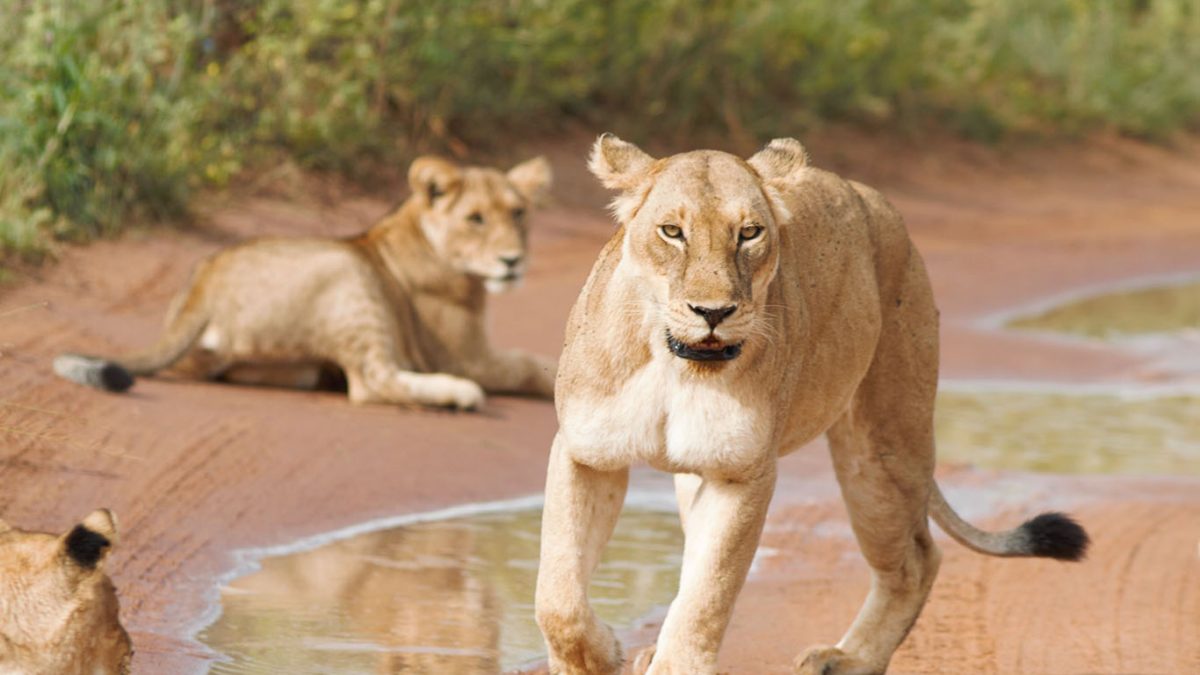 Lion tracking is only done in Queen Elizabeth National Park, one of Uganda’s ten national parks. Lion tracking involves the effectiveness of close study and research about the lions and exploring more about their behavior. The process of lion tracking uses radio signals and the researcher will track the lions using the radio calls they do possess. The researchers from the Uganda Carnivore Project are responsible for this wonderful activity in Queen Elizabeth National Park and the Main Project is spearheaded by the Uganda Wildlife Authority. With lion tracking, you will learn much about the lions’ behavior and see exactly where they are found. The majority of the lions are found in the Kasenyi’s wild plains, and the experience is the most enticing when it comes to the wild safari.

The lion tracking experience also makes the visitors and researchers curious about the new prides of the lions. This was after the pride of the lions in the hamukungu area was posed, and such erroneous activity was common in the park, and at times, some people think that this could result in the extinction of the lions in the Queen Elizabeth National Park, but this is not the case as the lions keep on increasing within the park.

The cost of a lion license issued by Uganda’s Wildlife Authority is US $50 for international visitors and UGX 100,000 for East African Community residents. As a result, the carnivore program will receive US $10 from this cash to thank them for their efforts. This fee includes the recreation area fee in addition to the Queen Elizabeth National Park fee. Following the examination, a few people are allowed to accompany the analyst to track the lions in the savannah fields within the recreation area. The Uganda carnivore venture provides the analyst and the research when doing the lion tracking.

In Queen Elizabeth National Park, lion following entails following a single lion or a group of lions to learn about their behavior, proclivities, and social/collective vibes. To participate in the Lion tracking Adventure, you must make a reservation in advance.

Being aware of when the activity is going to start is very crucial. Lion tracking in Queen Elizabeth National Park requires you to start early in the morning because of the technicalities involved. Lion tracking should begin with getting up early in the morning, around 8 a.m., and this sis when the safari should stay and therefore you should sleep well prepared that you will wake up early in the morning to track screen, and examine the African wilderness’s rulers, African lions, in the Mweya peninsular. The tracking of lions is done by experts who use radio collars and radiation detectors to see where the lions are hiding. The knowledge obtained by the investigating group aids in the preservation of natural life and a better understanding of it.

It’s fascinating to study the many signals that can help you locate the lions. The strength of midnight vocalizations (boisterous thunders), for example, is comparable to that of hyenas chuckling and other weird, worrisome calls for prey. You should also look out for twisted grass in the fields. It may aid you in determining the lion’s current location. If you do this, there’s a 95 percent chance you’ll encounter lions in Queen Elizabeth public park’s savannah fields.

In light of ongoing advancements in following innovation, lion following in Queen Elizabeth National Park has become a possibility. The dominating lioness of a pride is fitted with a radio collar. Lions are not chosen because they frequently leave the group to investigate their territories. Lionesses stick with the main pack, allowing analysts to screen a wide variety of lions, including whelps and alpha males. According to experts, a lioness that isn’t pregnant, mature enough, and healthy is more likely to be fitted with a collar. When she is discovered, a sedative is administered to make the lioness unconscious before the collar is placed around the lion’s neck.

Chimpanzee tracking; this is done in the Kyambura Gorge, not far away from the Queen Elizabeth National Park headquarters.

Cultural encounters in Kasoga, Lake Katwe areas and other places

Bird watching as well as the boat cruise safaris that are conducted on Kazinga Chanel near Katungulu or Mweya peninsular. On the off chance that you are keen on studying the native clans of Uganda and their way of life, why not visit one of the towns or networks around Lake Katwe to perceive how they mine salt? A boat journey along the Kazinga Channel will offer you one of the best untamed life encounters in Africa. Plan to see endless hippos, crocodiles, bison, elephants, water birds, and large numbers of the other park creatures drinking from the channel.