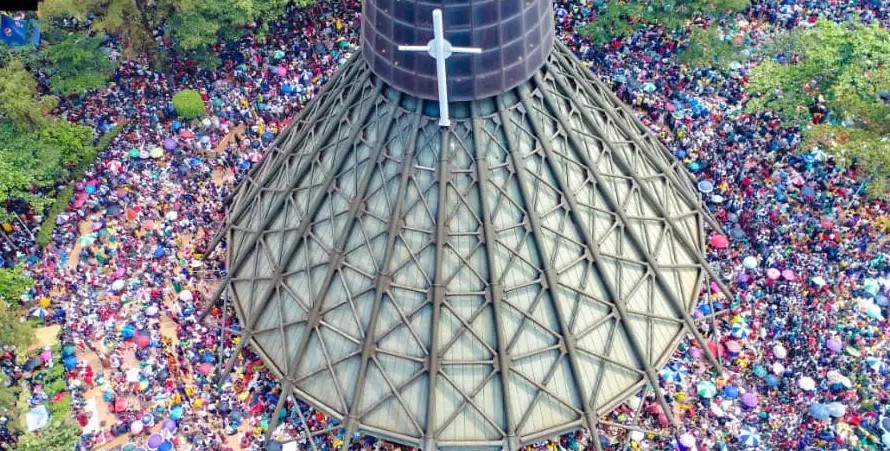 Namugongo Shrine is the place that gives confidence to the believers that some of the people who have died for the faith. In Uganda, hundreds of people were burnt to death because of their faith in Christianity after they failed to obey the orders of the king. The Namugongo Shrine has been in place for many years, and it was constructed in the commutation of the people who died because they believed in their faith. The Uganda martyrs were killed for some time, and this has been in place for some time. It is believed that the site of the shrines is the best place where you can go and see the sculptures of the Uganda martyrs being born, and it is the exact place where Kabaka Mwanga killed the martyrs by using a fire or burning them.

In a bid to remember these Uganda martyrs, Uganda started constructing the Namugongo Shrine in 1957, and this was finally completed and opened for visitors and pilgrims in 957. All these efforts were for Emmanuel Nsubuga, and he was the author of this project. The opening of the ceremony was by Pope Francis, who was represented by the eminence Sergio Cardinal Pgnedoi on the 3rd of June, and this is the only reason why the Uganda Martyrs’ Day is celebrated every 3rd of June.

Between 1885 and 1887, the monarch of Buganda, known as King Mwanga, slaughtered a total of 45 Baganda men between the ages of 14 and 50. A total of 22 Catholic men were slain, while 23 Anglican men were martyred. The Uganda martyrs were executed in various locations throughout Uganda, but the location where St. Charles Lwanga and his men were killed was designated as the site where all the martyrs are commemorated.

Other than the Roman Catholic shrine, there is also the Anglican Church where the people of the Anglican also celebrate their martyr’s day. However, the influencers of the martyrs are most felt with the Roman Catholic religion, which is the most valuable and interesting fee. As billions of people flock to the shrine to worship, honor, and pray for the deceased Uganda martyrs, the celebrations at the Namugongo shrine exemplify the belief in life after death. The martyrs are regarded as intercessors to God by Catholics and Anglicans, making the martyrs’ day significant, and the love is still felt every 3rd June.

The Ugandan martyr shrine was destroyed during Uganda’s first decade, and the Ugandan martyrs were an important asset in the Catholic Roman Church, which was attached to the majority of Ugandans. The Martyrs played a leading role in the shaping of the country within Christianity. They spread Christianity to the other parts of the country, and they also played a big role in making sure that the Roman Catholic Church was actually and wonderfully based.

The Uganda Martyrs are known everywhere, and the people are involved in the many activities, hence making the Namugongo Shrine the most popular attraction in Kampala City for visitors.

Most of the people are praying for their dear loved ones, and there are all of the tourist activities that are being done around the Namugongo Shrine, especially during the celebration that happens on June 3rd. There is a lot of enjoyment, including drinks and prayerful nights, which are all being done in commemoration of this day.

The Namugongo Shrine is the perfect place for Christian life not only in Uganda but also in other parts of the country. Very many people from different countries come to this area and enjoy the best areas for the safari experience. The celebration has also led to the development of the area since this is the busiest time of year. Every June 3rd, several people come and enjoy this great place, with many people coming from different countries to this great area. Several accommodation facilities have been constructed around these places to ensure the visitors’ safety.

There is also a life-size molded sculpture of Charles Lwanga and his friends being burned, which, if not seen clearly at night, would give the impression that they are men attempting to accomplish something. There is also a pond or well with water that is thought to have healing properties because it is also believed that the people who slaughtered the martyrs washed their hands in this well. Many visitors to the Namugongo sanctuary bring this so-called holy water in plastic jugs.

The Namugongo Shrine has contributed greatly to the tourism industry in Uganda and Africa as a whole. Every third June, most of the visitors come to Uganda, with the majority coming on foot from different countries, putting themselves in the shoes of the people who died because of faith.