No more use of the ferry in Murchison Falls National Park. 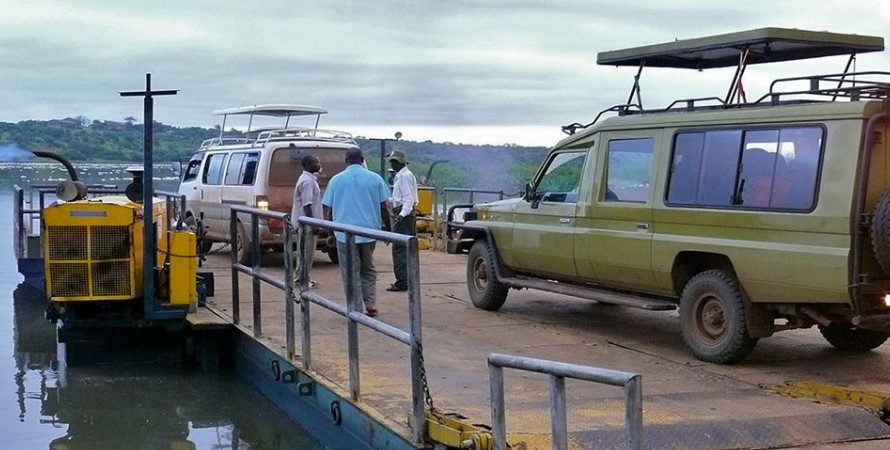 No more use of the ferry in Murchison Falls National Park.

Murchison Falls Murchison Falls National Park is known for the great tourist attraction named after it. The fall area is spectacular, formed by the great river Nile, and the Nile moves forcefully through the rift valley escarpments. Underneath, there is a 43-meter-long foamy pool. The name of the recreation area was changed to Kabalega Falls during the era of Idi Amin Dada in the 1970s, after the lord of Bunyoro Kitara Realm, Kabalega. This didn’t last long, and following Idi Amin’s defeat, the name was changed back to Murchison Falls.

There are a lot of different species that can be found within the Murchison Falls National Park, and some of the mammal species that are found within the Murchison Falls National Park include hippos, buffaloes, leopards, lions, warthogs, waterbucks, and other species of animals. Other than the animals, the park is also full of bird species.The birds that can be easily sighted in the park include the kingfisher, bee-eaters, and fish eagles, among other species of birds.

Because the park is divided by the river Nile into southern and northern sectors, it would be necessary for visitors to use a ferry to cross from one region to another region. Every trip, the freeway could only transport a maximum of eight automobiles. This ship used to cross every day from 7 a.m. to 7 p.m. east African time, 7:00 a.m., 9:00 a.m., 11:00 a.m., 12:00 p.m., 6:00 p.m., and 7:00 p.m. For travelers, cruisers, and light cars, the payment is 5000 Uganda shillings. Extraordinary ferry crossings used to cost 20,000 shillings or more, depending on the weight and size of the vehicle, and were charged separately from regular admittance. The ferry separated the visitors traveling from east to west by crossing the waterway from north to south and south to north. Installments were made on both sides of the arrival date.

In conclusion, the ferry that the visitors used to cross the Nile has been successfully replaced by the excellent bridge, and this has saved time because it acts as a short cut, hence giving the visitors more time to explore the National Park and its safari activities.