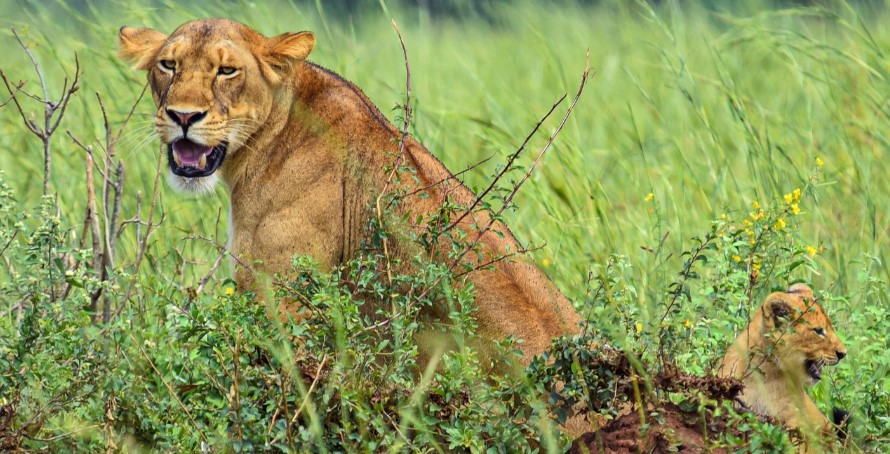 The river has become an important source of water for the animals, and the visitors will support most of the land and aquatic animals along the river banks, especially during the hot climatic conditions. Murchison Falls National Park is home to the big four animals of Africa rather than the big five.

Therefore, when you visit the Murchison Falls National Park in Uganda, expect to see more animals than the big five. These animals include the reedbucks, the Oribis, the Ugandan kobs, the warthogs, the giraffes, the hippos, and the Nile crocodiles that will be seen along the Nile, the bush bigs, and the Uganda kobs, among others.

According to legend, Uganda once housed thousands of rhinos, but their numbers were decimated by hog demand for rhino horns, resulting in the rhinos’ extinction in the country. However, if you go on a safari to Uganda, you can be sure that you will be able to enjoy the wonderful scenery and see the big five animals in the wild.

Other tourist activities in Uganda’s parks, aside from the big five mammals, include gorilla trekking and the gorilla habituation experience in Bwindi Impenetrable Forest National Park, which cost $700 and $1500, respectively, and are very interesting.

Several other animals can be found in different national parks in Uganda. The country has got nine national parks and several wildlife game reserves, which offer scenic views and ensure that your wildlife experience in Uganda is typically enhanced.

Lions, leopards, buffaloes, elephants, and rhinos are the top five largest animals in Murchison Falls Public Park. Warthogs, reedbucks, hedge bucks, giraffes, hippos, shrubbery children, and a variety of other animals can be seen in the recreation area. Please come and explore all the big five mammals in Murchison Falls National Park and Uganda at large.