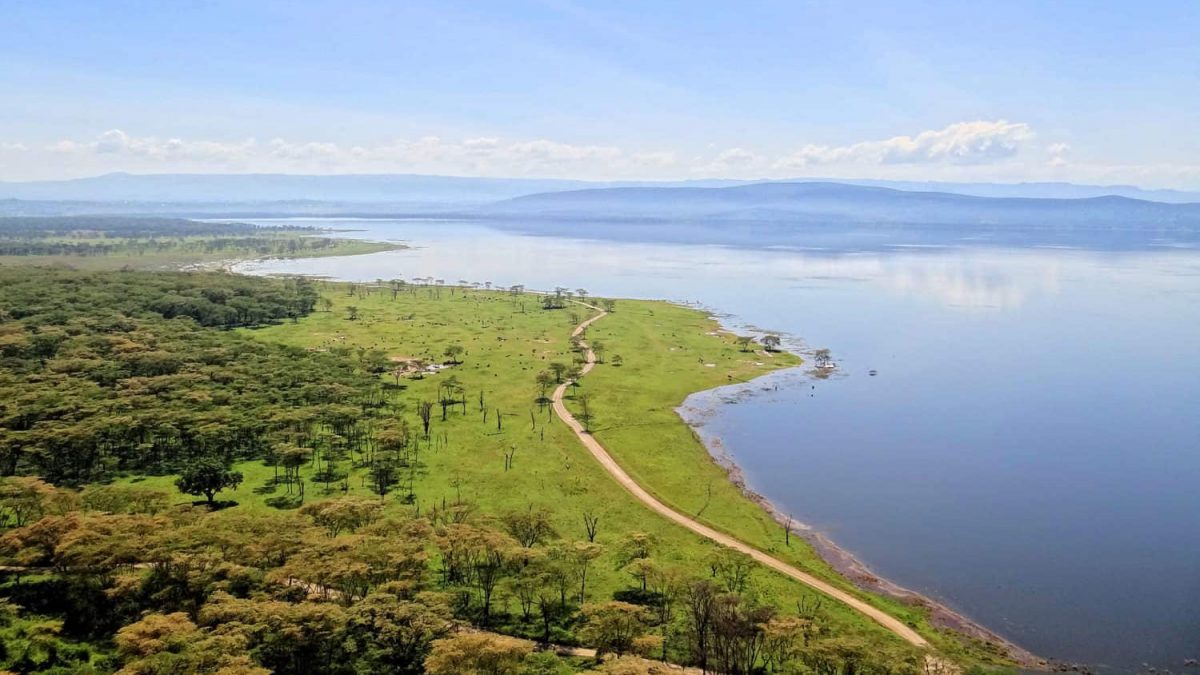 In Uganda, the rift valley lakes include the famous lake Gorge and Lake Edward which are pinned together by the Kazinga channel. These are two major lakes that are found within the rift valley in Uganda. These lakes were named after the Europeans especially the British because Uganda is the former colony of the British protectorate. These lakes form a crucial part of the Queen Elizabeth National Park and thus you cannot look at these lakes without talking about the Queen Elizabeth National Park.

The rift valley lakes as mentioned above features well-articulated landscapes that encompass the areas and the shoreline or the river line vegetation up to the swampy or wetland vegetation. Other than these lakes, the rift valley is scattered with a lot of crater lakes which were formed as the results of the volcanicity caused by the earth’s tectonic movements and once these craters were filled with water, they formed lakes.

These movements that happened, millions of years ago can easily even be visible today with strong earth breaks that can be seen within the region. Because of the variety of biodiversity, the rift valley area is recognized as the biodiversity region and has been even recognized by UNESCO as a strong biosphere reserve. Even this is the main reason as to what the famous Lake Victoria has been named so. There are a lot of bird species that go close to 1000 bird species and the region still has more than 100 species of mammals, then there amphibians, as well as the reptiles and they, share this with Queen Elizabeth National Park.

Firstly, Lake Edward which was formerly called Rwitanzigye is one of these lakes and its size is small compared to the lakes outside the rift valley. The lakes extend to the border of Uganda and the democratic republic of Congo in western Uganda. Lake Edward has a surface area of 2325 square kilometers, a depth of 376 feet, and a water volume of 39.5 cubic kilometers. Waterway nyamugasani, river Ishasha, Rutshuru River, Rwindi River, Ntungwe River, and Rubilia River, among others, are important inlets, while waterway semuliki, which flows into Lake Albert, is a notable outflow.

While visiting the rift valley lakes, you will be able to see a lot of the wildlife animals which can be seen a lot the shores of the lake Edward and some of these animals that you will be able to see include among others then the hippos and several species of birds such as the fish eagles, the kingfishers, white-backed vultures among others. The region also features clear and stunning views of the vegetation types.

Lake Edward was firsts explored by the European in 1889 and it was named in the recognition of the British prince by the name of Prince Edwards and this is the son of the queen of England. There is a lot of several factors or names that have come into play before the actual name that it holds now. The lake was named after for example leader of Uganda at the time, called Lake Edward after himself; Lake Idi Amin during his regime, but the lake was renamed Lake Edward in 1973 after President Idi Amin was overthrown.

Also, the lake Gorge cannot be disassociated from the rift valley because it is also located within the rift valley region. Lake George is small in size and not as deep as Lake Edwards. It is surrounded by the papyrus swamps which can be recognized by the Ramsar site on the African continent. The lake receives a lot of the animals and the silts come from the river that flows in the lake and that is river Mobuku which comes from the Ruwenzori Mountain and this becomes so much wonderful

Several rivers do drain Lake George and these include river Mobuku, the n river Mpaga, and this area the major lakes that pours water into Lake George. Lake George has only one outlet, which is the kazinga straight in the southern part of Mweya, where the Uganda untamed life central command is located. You can as well enjoy a lot of several activities that you will have to enjoy when visiting the George and these include the regatta, sport fishing, canoeing, and you can as well enjoy the dry and this is so much interesting. Touring is also fantastic; you can enjoy views of Mount Rwenzori and gorgeous swamp vegetation, as well as numerous species buffaloes and elephants, lucky, and you can even stop sitatungas and a variety of birds as you cruise around Lake George in Queen Elizabeth National Park on your boat.

Lastly, we talk about Lake Albert which is so involved within the rift ally of Uganda, and among the three lakes, Lake Albert is the deepest lake and is among the top 7 deepest lakes in Africa. The lake has become so lucrative with the discovery of oil. Separated from the burisha local areas found in the north of the real lake, Lake Albert has no important town near the beach. Individuals living near Lake Albert are pastoralists with little civilization, living in traditional hovels. The crack valley lakes are home to a diverse range of new species of wildlife, as well as rare birds such as the endangered shoe charge stock. Local area strolls around the lake networks are fantastic because they provide you with a wealth of information about African traditional civilization through stories given by residents who live in these public park human settlement regions.