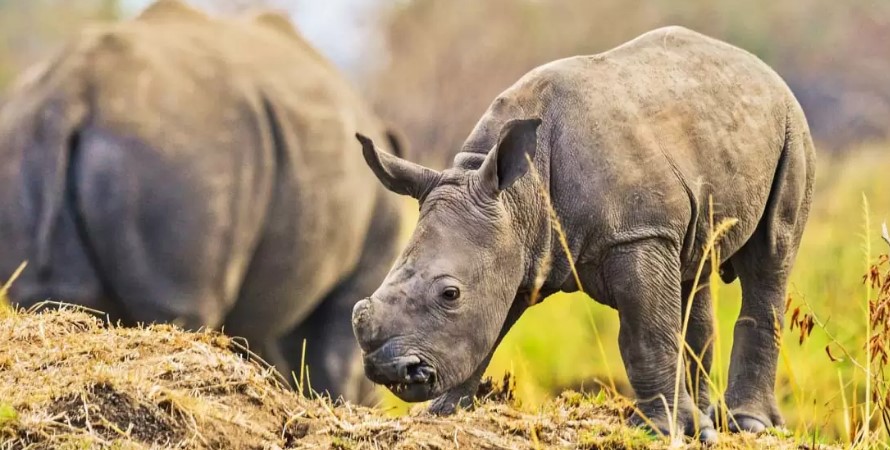 The Ziwa Rhino Sanctuary came into existence after all the rhinos in Uganda went extinct, and thus the conservationists identified the gap of Uganda not having rhinos and decided to establish a sanctuary where they would keep the rhinos so that they could add to the big animals in the wild. The endless wars in Uganda in the 1970s, which erupted in the country’s northeastern region, resulted in the mass killings of wild animals protected within the Murchison Falls National Park.

Because of the insecurity, all efforts were put into fighting the rebels, leaving the conservation status unable to undertake its course. The poachers used this great advantage to come and enjoy the laxity of the security agencies and started hunting in the park for ivory, totally reducing the population of the wild animals in Murchison Falls National Park and Uganda in general.

The formation of the ZIwa Rhino Sanctuary guaranteed the space for the restoration of the rhinos in Uganda in 2005. This project was established and initiated by the Rho Fund Uganda, which started with the introduction of the rhinos back into the Uganda wild. For starters, the six rhinos were imported from South Africa, and later the population increased to 19 in 2015, and currently, there are about 33 rhinos that are available in the Ziwa Rhino Sanctuary.

These rhinos can be found in the sanctuary, and visitors are welcome to come and track them. The Uganda Wildlife University has played an important role in making sure that the Rhino Fund Uganda gets the maximum support it deserves and has since also employed some of the rangers to ensure that the rhinos are heavily protected. This has led to the ZIwa Rhino Sanctuary seeing an increase in the number of rhinos.

You will explore the Ziwa Rhino Sanctuary on foot, so you will spend the majority of your time seeing the wonderful attractions that take place within the sanctuary; the guides there are trained to ensure that you have the best tourist experience possible. The security is very tight with only 64 rangers able to protect the ZIwa Rhino Sanctuary, and they will also lead you to the sanctuary as you enjoy the best of nature in the sanctuary.

While at the Ziwa Rhino Sanctuary, visitors will participate in the following activities:

Rhino tracking is the most popular tourist activity carried out at the ZIwa Rhino Sanctuary.Visitors here will be able to see the rhinos in the wild, and this activity takes place in the morning, beginning with the briefing. As you become acquainted with the rhinos, you will enjoy the wonderful moments captured in the photos, and where possible, you will be able to see how the rhinos are feeding on the grass while mating at a distance of about six meters. With the rhino trekking experience, you will be able to get the whole complete experience of all the big five animals, including the lions, elephants, buffaloes, and leopards, in Uganda.

Bird watching and birding are also two activities that are enjoyable at the Ziwa Rhino Sanctuary in Uganda. At the moment, the sanctuary has registered 300 species of birds, and counting the species can be done on a half-day or full-day basis. While birding in the Ziwa rhino sanctuary, you will be able to enjoy several bird species, which, among others, include the shoe-billed stork, the African black crake, and others.

Nature walk safaris can also be arranged at the Ziwa Rhino Sanctuary in Uganda, and with the nature walks, you will see different animals such as reedbucks, duikers, hartebeest, monkeys, and butterflies. Monitor lizards and their fluorescent colors can also be seen in the sunrise.

Where to stay during the ZIwa Rhino Sanctuary exploration?

When you visit the Ziwa rhino sanctuary, you don’t need to worry about where you are going to stay since there are some lodges where you can relax and enjoy the natural experience at the Ziwa sanctuary reserve. One of the best lodges there is the Amuka Loges, which has outstanding service and a swimming pool. Visitors can also enjoy camping while being protected by armed rangers and guides. You will get all the big five experiences by visiting the rhino sanctuary. Visitors who have never experienced the shoebill stork will get the chance to enjoy this great experience. The ZIwa Rhino Sanctuary is visited all year round, so you can come and enjoy the white rhinos that are available at this great safari destination.

In the Northeast of Kampala, the Ziwa Rhino sanctuary is located in the Nakasongola district, which is adjacent to Nakitoma town. The Ziwa rhino sanctuary isn’t a vast area; it’s a little patch of land about 70 square kilometers north of Uganda’s capital, Kampala. It’s only a three-hour drive from Kampala to the sanctuary, covering a distance of 176 kilometers on the Gulu expressway; nonetheless, the trip to Murchison Falls National Park is the highlight.