Top safari activities to do in Queen Elizabeth National Park 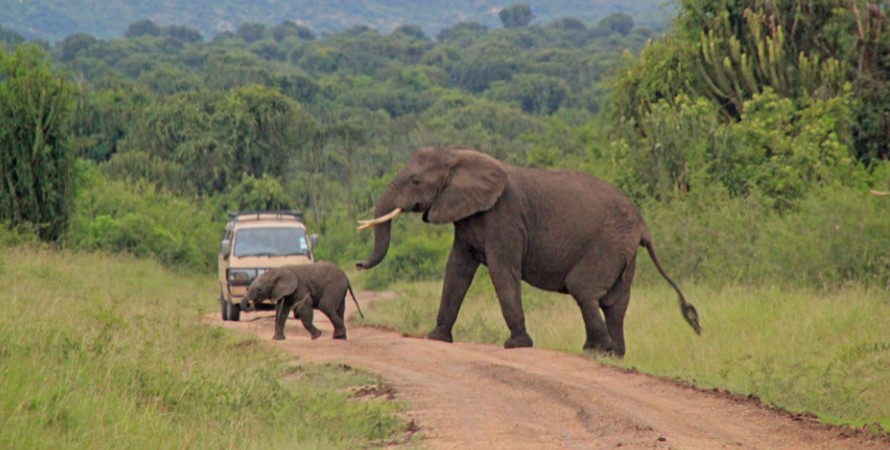 Top safari activities to do in Queen Elizabeth National Park

There are a lot of safari activities that you can do in Queen Elizabeth National Park and among others, these include the following

Kazinga channel boat cruise; Queen Elizabeth National Park provides an excellent destination for the boat cruise which are conducted on the Kazinga channel. The boat cruise is conducted in two sessions is from 9 am the morning and the last session starts at 2:00 pm. The boat cruise activity will make you see a lot of animals that come to drink water during harsh and hot conditions. You’ll be hoping to witness crocodiles and hippos clumped together in the water. The Kazinga Channel is famous for being home to Africa’s largest population of hippos. You’ll also get up close and personal with animals like elephants, bison, waterbucks, and Uganda kobs, who will drink water from the water’s edge, as well as bird species like pied kingfisher, dark crake, African jacana, saddle-billed stork, yellow-billed stork, and long-tailed cormorant, among others.

There are several accommodation facilities and lodges in Queen Elizabeth National Park that you can identify and stay at while visiting the park. some of the accommodation facilities include Katara Lodge, White House Hotel, Mweya safari Lodge, Kitandara plains Lodge, Queens Bush Lodge, Pumpa safari Cottages, Elephants plains Lodge, Jungle Lodge, Park view Lodge. These Lodges provide high-quality administrations and offices, such as a café that serves local and international dishes, a bar, comfortable rooms with en-suite bathrooms, a pool, meeting rooms, free Wi-Fi in open areas, clothing administrations, and relaxing gardens, among others, that make guests feel at ease.

The best time to go to Queen Elizabeth National Park

The time to enjoy the queen Elizabeth national park can be visited and the animals can be seen throughout the year and the whole months of the year. However, the best time to go to Queen Elizabeth National Park is during the dry season from June to October and then December to February. During the dry season, the recreation area receives less precipitation, resulting in short grass that allows you to see the creatures, tolerable access streets to the recreation area, and large numbers of creatures congregating around the shores of the Kazinga channel to drink water, allowing you to take incredible photographs of various creatures.