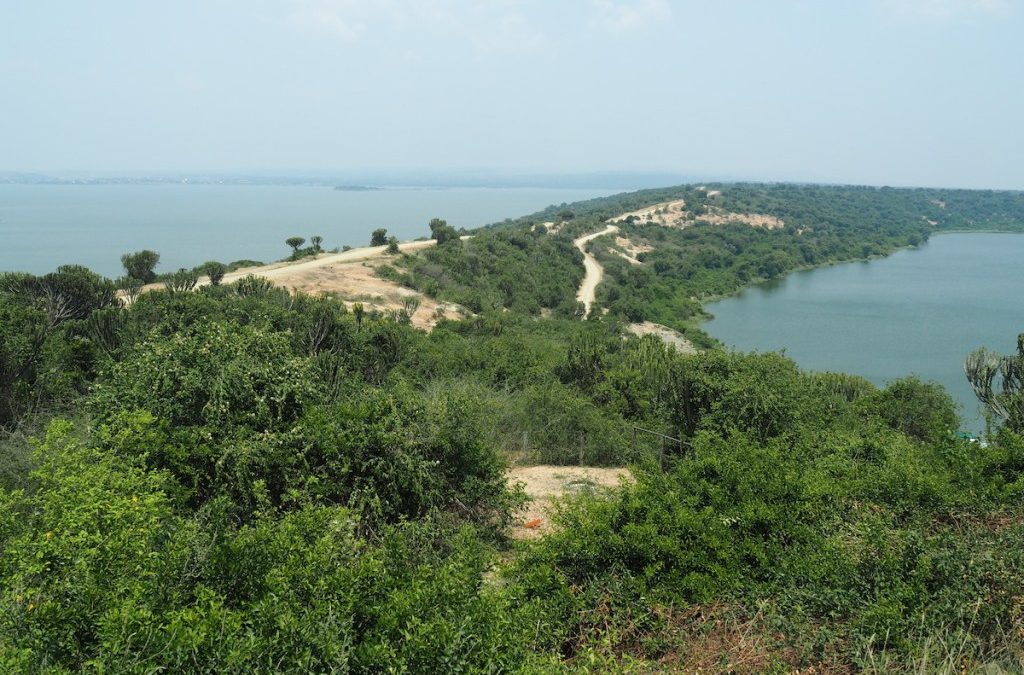 While in Queen Elizabeth National Park in western Uganda, you will notice that there are several attractions, especially the water bodies, and I can assure you that one of the water bodies is the Lake Edwards. This body of water adds to one of the wonderful and spectacular views of the Queen Elizabeth National Park and it is regarded as the smallest of the rift valley lakes that are features in western Uganda.

The lake supports different activities and visitors can as well go and explore this wonderful park for the better and add on their safari experience. This is very interesting. The lake needs to be visited once you are in Queen Elizabeth National Park. Just ask for the Lake Edward when you are in the park and the guide will clearly show it to you and also suggest it in case you have enough time. It is worth it.

Lake Edward is located in Kasese, in the western part of Uganda, and is also an attraction adjacent to the national park. Lake Edwards is inhabited by the Democratic Republic of Congo. The lake encloses the Mweya peninsular up to Katwe Kabatoro town council and it is close to the equator.

As stated earlier, the lake is the smallest of all the lakes in the rift valley area. And it is on the floor of the western arm of the eastern African Rift valley. It also lines the border between Uganda and the Democratic Republic of Congo, covering an area of 2325 square kilometers in length. It has been reported that the lake is 9.56 centimeters long. Although it is small, it is the deepest’ lake, and it is close to the escarpments. It is also said that Kazinga channel draws water from the lake, but only to a limited extent.

Is there wildlife at Lake Edward?

Similarly, to Lake George, Lake Edwards provides the vacationers with clear views of the mountain of the moon, and it forms part of the savannah plains of the famous Queen Elizabeth National Park. Thus, when you’re standing at Lake Edward, you’ll be able to see the clear views of the savannah plains of the Queen Elizabeth National Park.

Then there are buffaloes, especially those that have been chased away from the herd. You will also see elephants and Nile crocodiles. There are various bird species around the lake Edwards, which are also part of the wildlife that can be found on the famous Lake Edward.

The Lake Edward is a major player in the fishing industry, particularly for the local communities and fishing villages that have traditionally relied on the lake’s fishing. The wonderful fish species that are caused here include the hapochlomine fish, Burgrass Docmak, Leocosticus, Haplochromis, and other fish species that have not been mentioned here.

The community that was once known here is the Ishango community, found in the northern section. However, the lake’s edge is no longer favoring human settlement, and thus there are few communities staying around the lake. People come, fish, and later go to a nearby distance where they are found and come from.

Lake Edwards was called “Rwitanzigye.” This means killing the locusts, and this was before it was renamed to Lake Edwards in the year 1888 by one of the explorers, Henry Marton Stanely. Later, after the Ugandan was under the reign of Idi Amini Dada, he named it Lake Idi Amini Dada, but this did not gain much popularity because, immediately after he fell from the presidency, the name Lake Edward was resisted, and it is believed that the park was named after Queen Elizabeth the Seventh of England.

Visitors who have reached the lake Edward can testify that they have clearly seen the woodland within the Albertine Rift Regency and you will also be able to see the Virunga National Park and you will also enjoy other interesting features here, including the swamps, the Bwindi, and the Ishasha swamps, among other wonderful activities and safari activists that make it so wonderful and cheerful.

Visitors to Lake Edward can also take a boat cruise on the Kazing channel and ride straight into the lake. With an experienced ride guide, you will be able to learn more about the safari aquatic wildlife safari activities and here you will meet the water-quenching animals such as the buffaloes, making for a memorable safari experience.

Enjoy the spot dishing and the views of the fishing villages as you explore Lake Edward. Visitors can also stay at Mweya safari lodge for easy accessibility and a tour of Lake George for a better safari experience. The Katwe Kabatooro town center is also found close to the Lake Edward and you will explore the fishing villages on Lake Katwe, which becomes part of your safari experience.