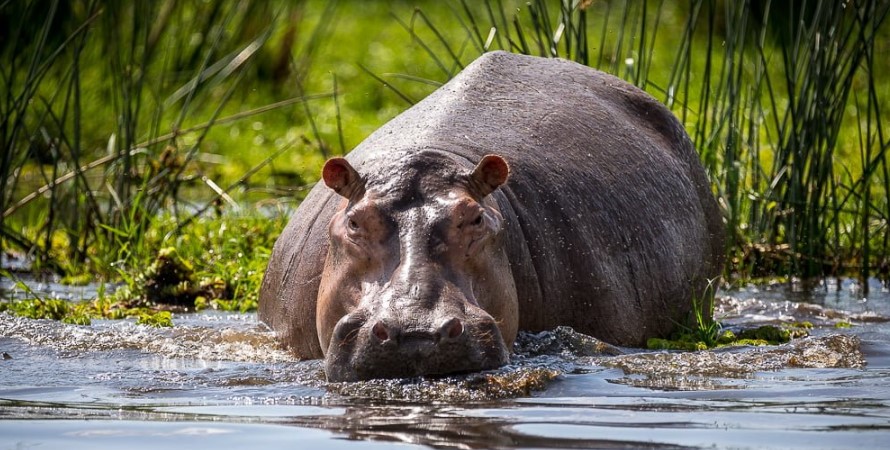 visitors heading for the long Uganda wildlife and primates safaris finds it so much interesting to firsts start their safaris in Murchison falls National Park before they can move to other destinations such as the Kibale forests National Park, Queen Elizabeth National Park, Bwindi Impenetrable Forest National Park, Lake Bunyoyi and finally to Lake Mburo National Park

The big four animals of Africa: Murchison Falls The Big Five National Park is home to the biggest five animals in the whole of the African continent. The big five animals of Africa include buffaloes, lions, elephants, and leopards. It is known that the park once had rhinos when it was gazetted. However, these were killed by the poachers. Other than these, you will be able to see a lot of the other big four animals, and these will include the pride of the lions, the herds of elephants, buffaloes and leopards and you will be able to see these animals. For the leopards and lions, you need to have experienced safari guides to be able to spot them. However, at times you might fail to completely see the animals, so it is not guaranteed.

Other than the big four animals, there are thousands of wildlife species that can be spotted in the Murchison Falls National Park. In the river Nile, there are also the Nile crocodiles that call this great river their home. It is only in Murchison Falls National Park that you will be able to enjoy and find the best and highest population of crocodiles in all of the national parks.

Murchison Falls national park is also a destination for the giraffes, and these are the critically endangered Rothschild’s giraffes that can be found within the Northern giraffe. Because of the obvious and successful conservation. The Giraffe Conservation Foundation has stated that the Rothschild’s giraffes have increased in Uganda.

If you’re a keen bird watcher, bring a notebook with you to record the variety of birds that can be found in the recreation area. Murchison Falls National Park is home to more than 400 different bird species. On a game drive, a nature walk, or a boat trip, you can see birds. A boat trip up the Nile is a fantastic way to see water-related birds. The shoebill stork, goliath heron, dark delegated crane, Abyssinian ground hornbill, dark-headed lapwing, and Senegal thick-knee may all be seen.